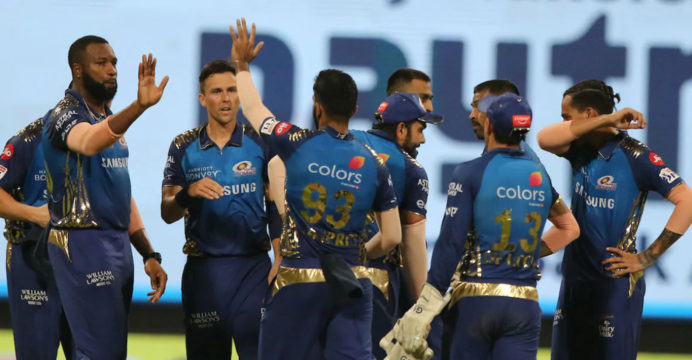 Kolkata started IPL with a loss to Mumbai

Kolkata won the toss and elected to field first in Abu Dhabi. Though the start was not good, captain Rohit and Suryakumar Yadav put on a storming 90 off 57 balls for the second wicket. Yadav hit 6 fours and 1 six off 26 balls for 47 runs. However, Rohit played a big role in getting the team to a big collection. Mumbai scored 195 runs for the loss of 7 wickets in 20 overs.

The reply of 196 runs was not suitable for Kolkata. Six of the team’s recognized batsmen were dismissed for 101 runs. In the end, Kolkata’s innings stopped at 146 for 9 wickets in 20 overs.

For Kolkata, Australian pacer Pat Cummins scored hight runs, 33 off 12 balls with 1 four and 4 sixes. However, Cummins, who was bought for Rs 15 crore, was not active in bowling. He gave 49 runs in 3 overs. After Cummins, Kolkata captain Dinesh Karthik scored 30 and Nitish Rana 24 runs.