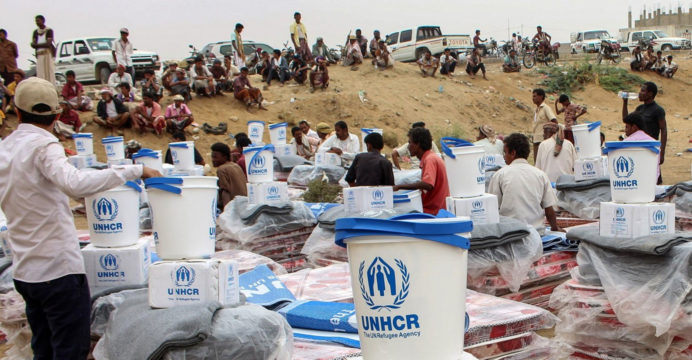 Kuwait announced Thursday it would donate $20 million towards humanitarian aid for war-ravaged Yemen, two days after UN officials called the country for not honoring its pledges, diplomats said.

The session — organized by Germany, Kuwait, Sweden and Britain — also included the four other permanent Security Council members (China, France, Russia and the United States) and the European Union.

Other countries announced aid pledges during the meeting, but details were not given, diplomats said.

On Tuesday, UN under-secretary-general for humanitarian affairs Mark Lowcock warned the Security Council that the “specter of famine has returned” in Yemen.