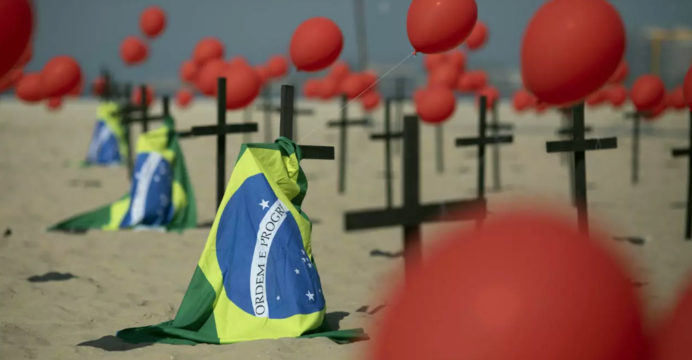 Number of corona infections have surpassed 4 million in Brazil

The number of coronavirus cases in Brazil has exceeded 4 million. The country’s health ministry said on Thursday that infections had begun to decline in the world’s second-most-affected country.

Since the outbreak began on February 26, a total of 4,040,000 people have been infected in Brazil and 1,24,600 have died. This number is the second-highest after the United States.

The health ministry said the outbreak had recently begun to decline and it was estimated that the epidemic had reached its peak with an average of more than 1,000 deaths per day.

Since the end of August, an average of 70 people have died daily in Brazil and an average of 40,000 new cases have been reported every day.

Mauricio Sanchez, an epidemiologist at the University of Brasilia, said the situation was expected to improve from the start.