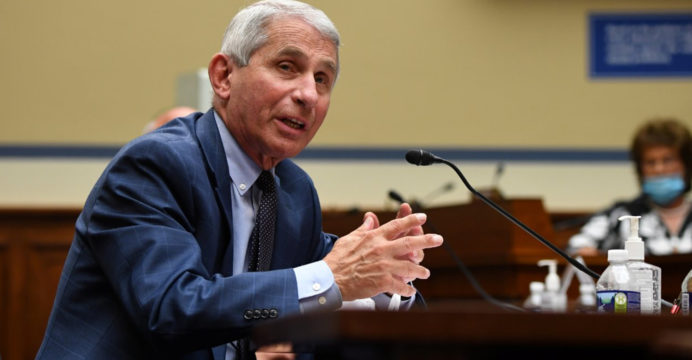 Vaccination will not be mandatory in the United States: Anthony Fauci

Anthony Fauci, the top infectious disease specialist in the United States, says the vaccine will not be mandatory in the United States if it is effective. “You can’t force or coerce anyone to get vaccinated,” said a member of the White House Coronavirus Task Force. “We have never done that before,” He added.

“The government will not consider making the future Covid-19 vaccine mandatory for the general public,” Fawcett said in a video conference hosted by George Washington University on Wednesday. However, the local administration may make vaccination compulsory for some groups, such as children.

Anthony Fauci said vaccination could be made compulsory for certain groups, including health workers, but not for the general public.

Just hours before Fauci’s remarks on Wednesday, Australian Prime Minister Scott Morrison said the coroner’s vaccine should be made mandatory for 25 million Australians, AFP reported. He announced that people would be vaccinated free of cost. However, after his remarks, there has been a controversy over morality.