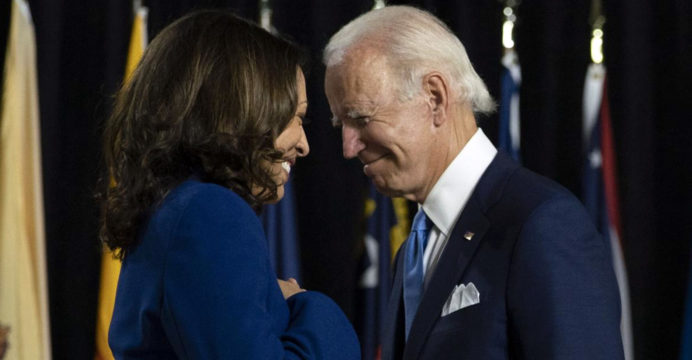 Former US vice president Joe Biden will “tell the truth and trust science” if he is elected as the president of the USA in November, former First Lady Michelle Obama said on Monday as Democrats kicked off their now-virtual convention.

Former First Lady Michelle Obama was given the primetime slot on the opening night of the Democratic convention, which was to have been held over four days in Milwaukee, Wisconsin, but which is now taking place almost completely online because of the Coronavirus (COVID-19) outbreak.

In excerpts of her remarks released ahead of her taped speech, Michelle Obama announced Biden was a “terrific vice president” through the eight years he served as her husband Barack Obama’s number two.

“I know Joe. He is a thoroughly decent man conducted by faith,” she said.

If we want to end the chaos and division—and keep alive the possibility of progress on the issues we hold dear—we’ve got to vote for @JoeBiden and @KamalaHarris like our lives depend on it. Register today by texting VOTE to 30330. https://t.co/xPu5o0SYLJ

“He knows what it takes to rescue an economy, beat back a pandemic and lead our country,” the former First Lady stated.

“He will tell the truth, and trust science,” she said in a jab at Trump, who has been accused of repeatedly ignoring the advice of his scientific advisers on how to deal with the COVID-19 epidemic.

“He will make smart plans and manage a good team,” Obama said. “And he will govern as someone who’s lived a life that the rest of us can recognize.”