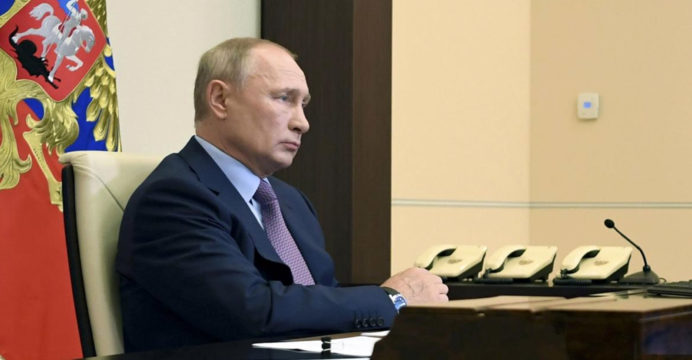 Russian President Vladimir Putin has said his country is the first country in the world to approve a coronavirus vaccine. He said in an official program broadcast on state television on Tuesday that the vaccine, developed by the Gamelia Institute in Moscow, had proved safe. He also gave the vaccine to one of his daughters.

The news agency Reuters reports that the vaccine, which Russia claims to be safe after conducting a human test in less than two months, demonstrates Moscow’s scientific ability. Vaccine preparation and human body tests usually take up to a few years.

Since the vaccine is officially registered in Russia, it can be widely applied to the Russian people. While it is in the final stages of clinical testing, its safety and effectiveness will also be tested.

In the ongoing corona vaccination competition around the world, the idea of ​​getting vaccinated quickly is seen as a reflection of their will. However, the vaccine has also caused concern around the world. Its effectiveness and security are now a matter of Russia’s honor.

However, Putin himself has spoken about the safety of the vaccine. He said he vaccinated his daughter because the vaccine was safe. “I know it’s very effective,” he said. Shows strong resistance. It has passed all the tests. ‘

Putin said he hoped his country would soon begin mass production of the vaccine.