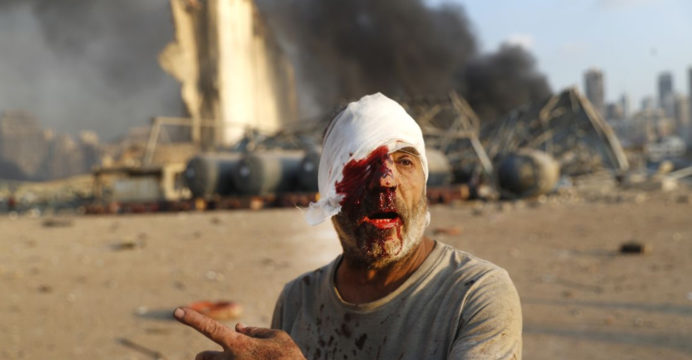 Bangladesh is sending food and medical supplies to Lebanon as part of its assistance in the wake of the horrific bombings in Beirut. The goods are scheduled to board a C-130 transport aircraft of the Bangladesh Air Force for Lebanon on Friday.

No new Bangladeshis have been reported to be killed in a bomb blast near the Lebanese capital, Beirut, on Tuesday. However, the Bangladesh embassy in Lebanon said on Thursday that the two Bangladeshis had not been found since the blast. Colleagues of the two missing expatriate workers came to the embassy and gave the information.

Foreign Minister AK Abdul Momen stated Prothom Alo on Thursday evening that he had called Lebanese Foreign Minister Charbel Ohebi on Wednesday to express his condolences over the loss of life in the country. “We express our gratitude to the Lebanese government for its overall cooperation, including the treatment of Bangladeshis injured in the blast. At this stage, we express our desire to send food, medicine, and medical team there. However, they said there was no need to send doctors as two large hospitals in Beirut were destroyed in the blast. Other necessary materials will be sent. Accordingly, we are preparing to send food and medicine by Friday,” he said.

At least 137 people have been confirmed dead in the blast at a warehouse in Port of Beirut. The death toll could rise further. More than four thousand people were injured.