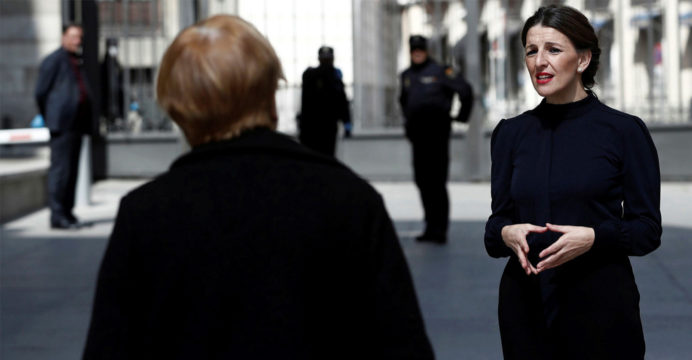 Spain’s Labour Minister Yolanda Diaz suggested on Saturday to the government would extend its coronavirus furlough scheme for an additional three months till the end of the year.

Speaking after talks in Majorca including the regional government and union bosses, Diaz stated it would make no function to drop the ERTE furlough scheme when it is scheduled to finish at the end of September.

“It would not make any sense to drop a protection system as important as the one designed by the government,” she stated of a scheme which has benefited millions of people.

“There is no point in designing a mechanism that involves huge amounts of public resources than at the decisive moment… we drop it,” Diaz said in remarks broadcast on Spain’s RNE radio.

Yolanda Diaz remarks came a day after Spain formally went into recession after its GDP fell by 18.5 percent in the second quarter.

A total of 3.7 million people benefited from the government’s furlough scheme between mid-March and the end of May, labor ministry figures show.

Spain’s government also prevented layoffs in the six months following the end of the furlough scheme, although cutbacks are expected.

A commitment to fund such temporary unemployment schemes was one of the key measures put in place by Prime Minister Pedro Sanchez’s government to bolster an economy battered by months of lockdown.

The COVID-19 pandemic also damaged more than a million job opportunities in Spain between April and June, essentially in the services and tourism sector.