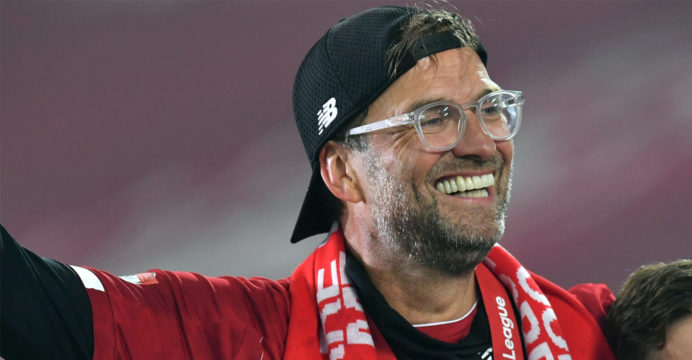 Jurgen Klopp was declared the League Managers’ Association (LMA) Manager of the Year on Monday after ending Liverpool’s 30-year wait to conquer the Premier League.

Klopp directed Liverpool to the Premier League title in the same season they were FIFA Club World champions.

This German’s award was proclaimed by former Manchester United boss Alex Ferguson, after whom the trophy is now marked.

“Jurgen, fantastic,” Ferguson stated on Sky Sports. “We speak about Leeds spending 16 years in the Championship, but Liverpool 30 years since winning that league, incredible.

“You thoroughly deserved it. The performance level of your team was outstanding. Your personality runs right throughout the whole club. It was a marvelous performance,” He added.

“I’ll forgive you for waking me up at 3.30 am to tell me you have won the league! Thank you, but anyway, you thoroughly deserved it. Well done.”

Former Borussia Dortmund boss Klopp responded to Ferguson: “I know it’s not 100 percent appropriate as a Liverpool manager but I admire him. I remember he was the first British manager I met.” 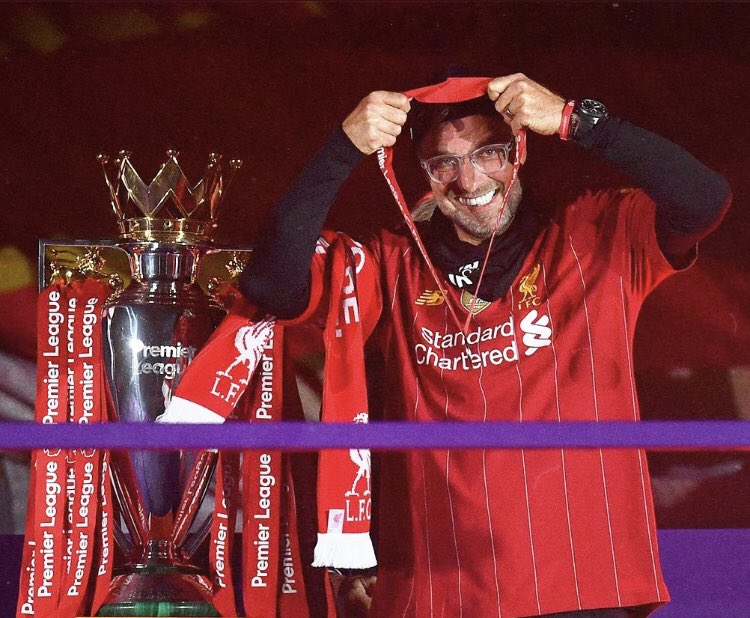 “We had breakfast. I’m not sure how much he remembers but I remember because for me this moment was like meeting the Pope. It was absolutely great and from that first season, we clicked.”

“I didn’t think at this moment I would have a trophy in my hands named after him.”

Chris Wilder, last year’s winner of the award, settled for the runner-up spot this time after Sheffield United’s impressive first season back in the Premier League.

Meantime, Klopp desires to retain a lean squad to ensure Liverpool remains competitive next season. The Reds boss used 24 players in the Premier League this term.

Klopp presented chances to some of the club’s academy players in the FA and League Cups to cope with fixture congestion. But he believes keeping as small a core as possible keeps the players on their toes.

“The solution cannot be to have a much bigger squad for the specific moment and then realize you cannot use all the players,” Klopp said.

“These players can only play football they play because they know they are needed.

“They are all human beings and nobody can be held back for a year and then on the last day of the year be told, ‘Now we need you’.

“In between now and then there must be a lot of training and support and challenges stuff like this.