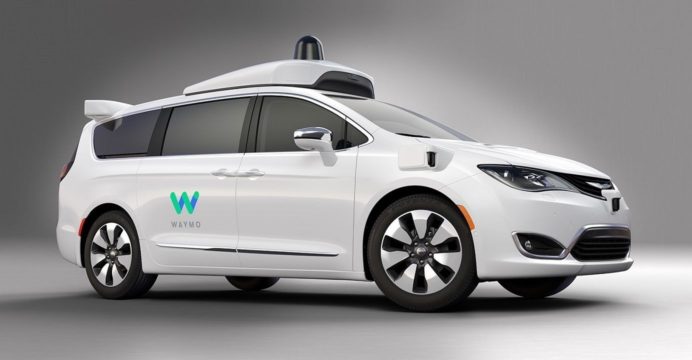 Self-driving vehicle companies and automakers have been shifting investment and engineering to delivery and other commercial uses of autonomous vehicles, betting that moving goods will offer a faster route to profits than overcoming the technical, social and regulatory obstacles to moving people.

Fiat Chrysler is quitting work on autonomous commercial vehicles it began last year with startup Aurora. Aurora will continue to use Chrysler minivans in its test fleets, and said in a statement that it “looks forward to deploying our self-driving solution on FCA’s passenger and commercial vehicles.”

In a blog post, Waymo and Fiat Chrysler said they will collaborate on “level 4” autonomous driving, a reference to a Society of Automotive Engineers classification that defines such vehicles as capable of driving themselves and taking action on their own if a dangerous situation occurs or the system fails.

Waymo has been working with Fiat Chrysler since 2016 to integrate its self-driving vehicle system, the Waymo Driver, into vehicles such as the Chrysler Pacifica minivan.

The expanded partnership with Fiat Chrysler will cover “ride-hailing, commercial delivery, and personal-use vehicles around the world,” Waymo Chief Executive John Krafcik said in a statement.