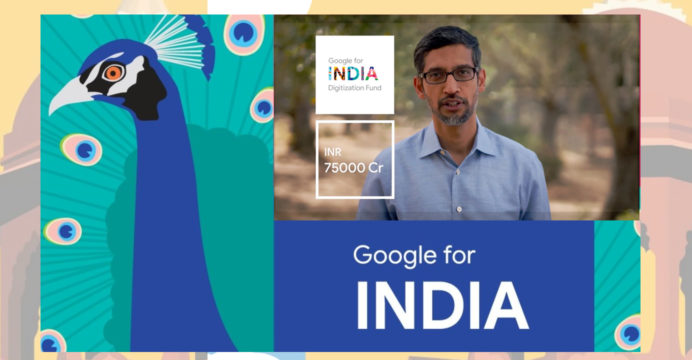 Google has announced a multi-billion dollar investment in India

US technology giant Google has announced a USD ten billion investment in India over the next five to seven years to develop the digital economy. Sundar Pichai, chief executive officer (CEO) of Google and its parent company Alphabet, made the announcement on Monday.

According to a BBC report, Alphabet and Google chief Sundar Pichai made the announcement while participating online at the annual event titled ‘Google for India’ on Monday. Google plans to invest a large amount of that money through equity investments and alliances.

The value of Google’s investment will be aimed at increasing their share in India’s growing market. It said Google’s money would be used to “digitalize India’s business sector and create products and services” to increase the use of technology “for social betterment”.

“This investment is part of our belief in the future of the digital economy in India and the country,” Google chief Sundar Pichai said in a statement. “Not only will India benefit from the innovations of the future, we want the country to lead the world in this innovation process,” he added.

According to the BBC, India, with more than 50 crore active internet users, is at the top of Google’s potential markets.