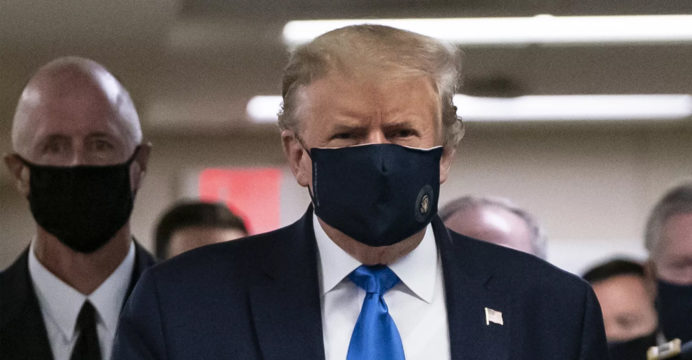 For the first time since the start of the coronavirus epidemic, US President Donald Trump has worn a face mask in public. Earlier, he said he would not wear a mask. He also mocked Democrat rival Joe Biden for wearing a mask.

At the time, President Trump was visiting the Walter Reed Military Hospital outside of Washington, where he met with wounded soldiers and health workers.

“I’ve always been against masks, but in my opinion, there is a definite time and place for that,” he said as he left the White House.

But on Saturday, he said, “I think when you’re in the hospital, especially in certain parts of the world, when you have to talk to a lot of soldiers and people, some of whom have just returned from the operating table, wearing a mask is a good thing.”

“I’m totally in favor of the mask,” Trump said in an interview with the Fox Business Network last week.

But last April, when the U.S. Centers for Disease Control (CDC) recommended wearing a public mask to prevent coronavirus infections, Mr. Trump told reporters he would not do that.

According to some media reports, his aides have repeatedly asked him to wear a mask in public.