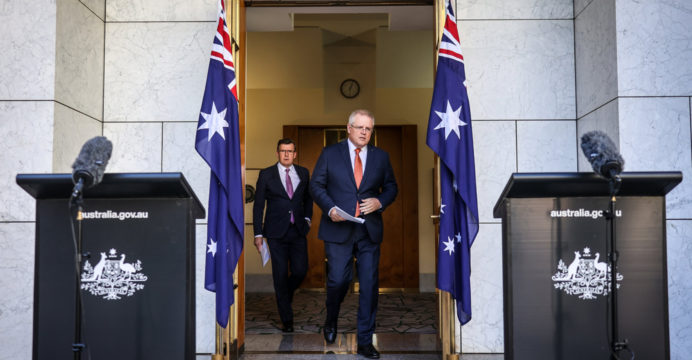 Australia has extended the visa period for citizens of Hong Kong

Australia on Thursday extended the visas of about 10,000 Hong Kong nationals living in the country for five years following China’s security crackdown on the territory.

Prime Minister Scott Morrison has said that Hong Kong citizens who are currently in the country on student or temporary work visas will be given a path to permanent residence in Australia.

Australia also announced that it will suspend its extradition agreement with Hong Kong because of the latest national security law imposed by China.

The decision, which came on the heels of Canada’s halt of its extradition treaty with Hong Kong and Britain’s announcement that UK was considering a similar move, threatened to increase the diplomatic stresses between Canberra and Beijing.

The Australian government has also updated its advice to Australian citizens about traveling to Hong Kong, citing questions about the interpretation of the security law, and the risk of being sent to mainland China for prosecution.

The Chinese embassy has denounced Australia’s arrangement to extend the visas of some Hong Kongers in response to China’s crackdown on personal freedoms, saying it is a “gross interference” in the country’s internal affairs.