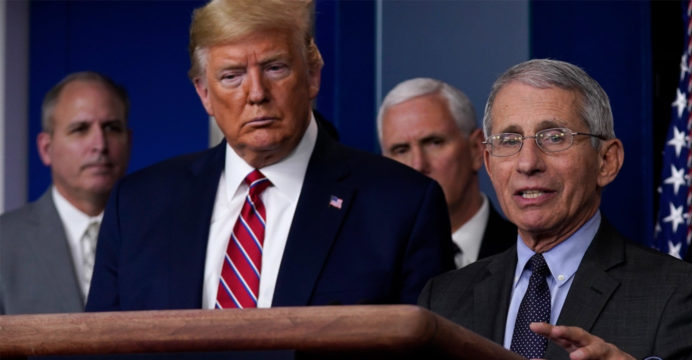 Trump disagrees with Anthony Fauci over the country’s Corona situation

US President Donald Trump has said he disagrees with Fauci over the country’s Corona situation. Anthony Fauci, a top infectious disease specialist in the United States, said Monday that the current Corona situation in the country is not really good.

“I think we’re in a good position,” Trump said in a TV interview Tuesday. I disagree with him.

“We’ve done a lot better,” he said. I think we can move to a better position in the next few weeks.

The Corona epidemic in the United States has so far killed more than 130,000 people, the highest in the world. Now that the restrictions have been relaxed, corona infections are on the rise in the south and west of the country.