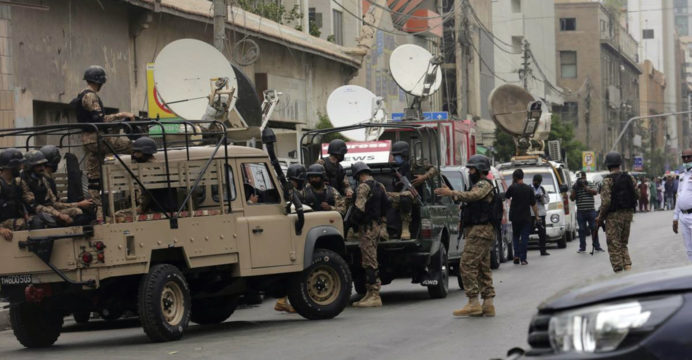 A militant attack on the Pakistan Stock Exchange building in Karachi has killed three people, including a police sub-inspector. All four of the attackers were killed by security forces at the time, according to a report in The Dawn.

Seven people, including three police officers, were injured in the incident. The Militant attack struck shortly after 10 a.m. Monday.

Police said the assailants, armed with grenades and automatic rifles, launched the attack just before 10 a.m. and tried to enter the PSX premises. Sindhu Rangers say police and Ranger officers arrived at the scene shortly after the attack and killed the four attackers. 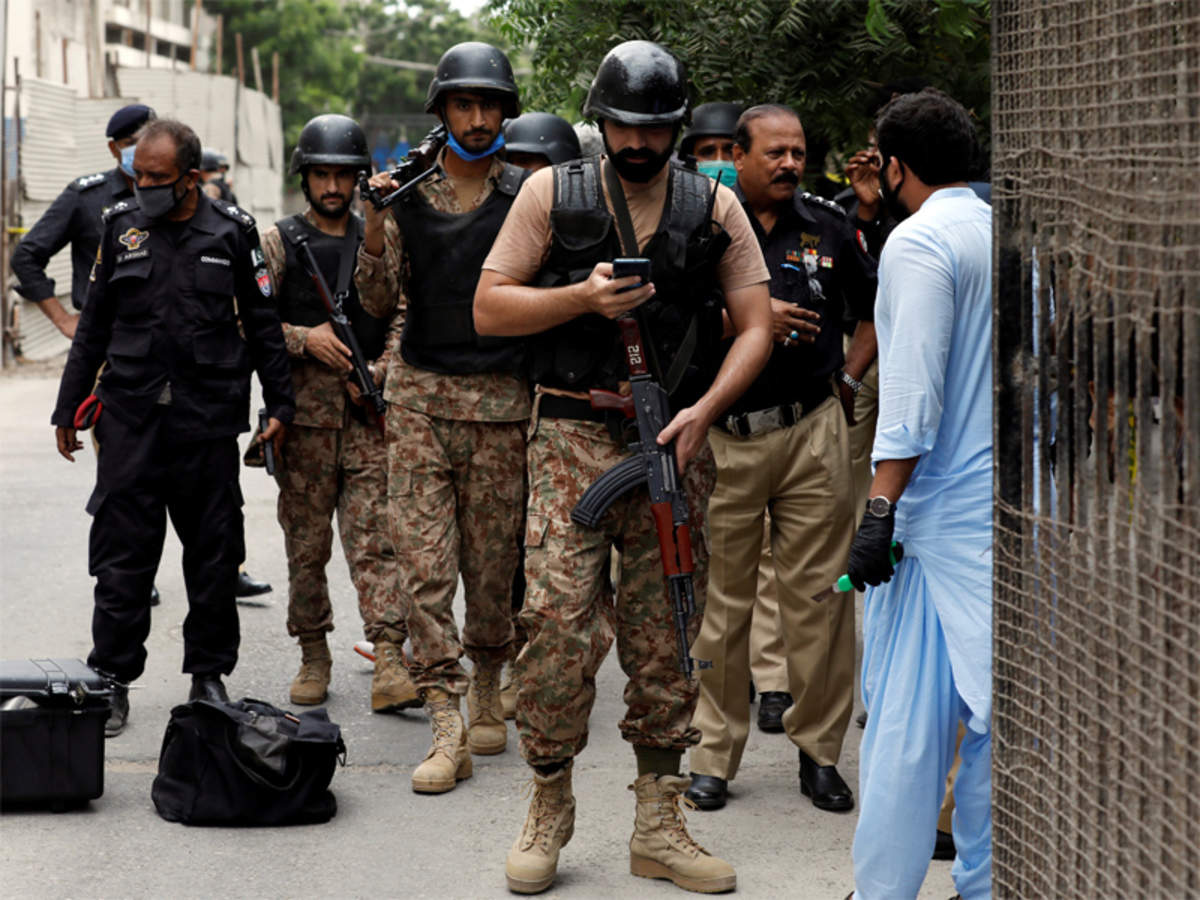 They said that now a ‘cleansing operation’ is going on in the area. Weapons and hand grenades were recovered from the spot. Security forces are also searching a “suspicious vehicle” outside the PSX. The Additional Inspector General of Police has issued strict instructions to strengthen security at all important offices and commercial centers across the city of Karachi.