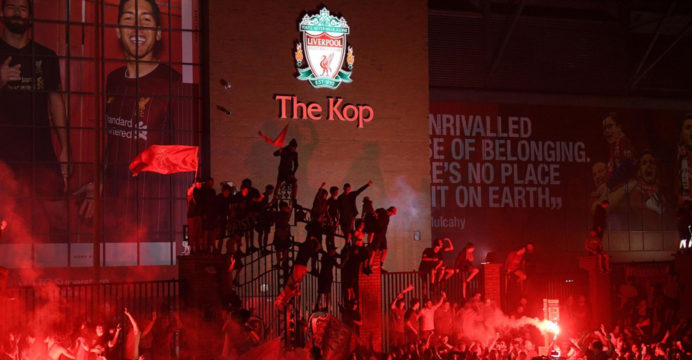 Liverpool has condemned the behavior of fans who assembled in Liverpool city center for the second night on last Friday to commemorate their team’s Premier League title victory and asked fans to stay at home due to fears of a wave in COVID-19 cases.

Local media of Liverpool published that fans of LFC launched fireworks at the Royal Liver Building, with a fire breaking out on the balcony of the landmark owned by Farhad Moshiri, who is the majority shareholder of Liverpool Football Club’s local rivals Everton.

Thousands of LFC fans turned up at Anfield stadium on Thursday to celebrate, and Merseyside Police published a dispersal order on Friday after crowds gathered for a second night at the city center near the Mersey Ferry terminal. 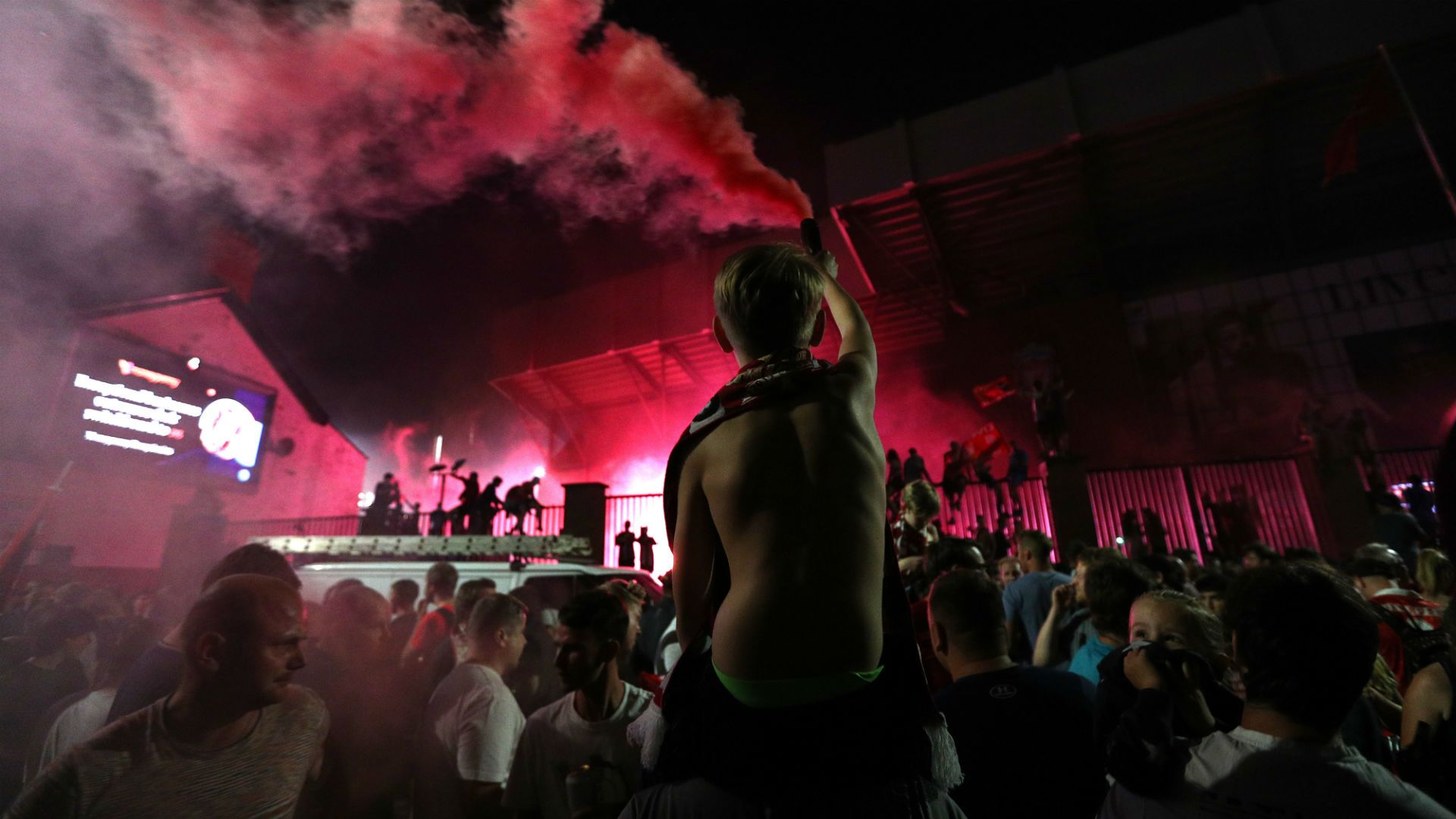 “Our city is still in a public health crisis and this behavior is wholly unacceptable,” Liverpool, Merseyside police and the Liverpool City Council declared in a joint statement.

Liverpool mayor Joe Anderson inspired fans to return home after pictures of the crowd near the Mersey Ferry terminal appeared on social media.

UK has one of the world’s highest death tolls from the novel coronavirus. The country has reported more than 309,000 infections and over 43,400 deaths.