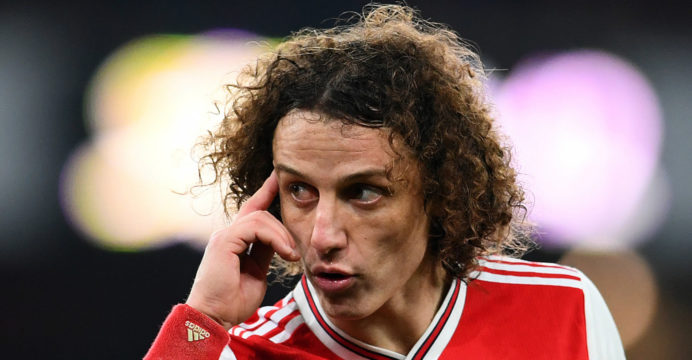 The 33-year-old Brazilian footballer joined the Gunners last year from Chelsea on an initial 12-month deal.

David Luiz was massively criticized after being sent off in last week’s 3-0 loss against Manchester City when the Premier League football returned again after the coronavirus shut down in March. But the arsenal technical director Edu hailed Luiz’s impact on and off the pitch.

“David is a really important player for us,” he said on the club website.

“He has played most of our matches this season and has been important for the team. His passing, his communication with the team on and off the pitch — he helps everyone.”