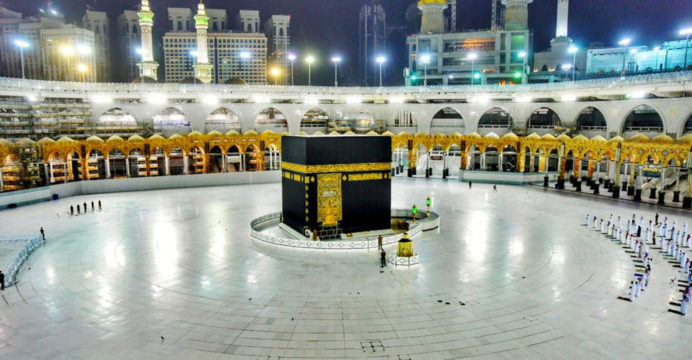 No traditional hajj to be held this year

The Kingdom of Saudi Arabia has formally notified Bangladesh and other nations that it would hold ‘very limited’ hajj this year rather of a traditional one in due to the COVID-19 pandemic situation.

“Only a limited number (less than 1000, both domestic and international) of Hajjis will be allowed to perform Hajj this year,” declared the release, quoting the Saudi foreign minister.

Praising the judgment as ‘wise’ under these circumstances, Bangladesh foreign minister Momen praised the Saudi Prince for calling.

On Monday, Saudi Arabia declared it would hold a “very limited” hajj this year, with pilgrims already in the kingdom allowed to perform the annual ritual as it moves to curb the pandemic.

“It has been decided that Hajj will be held whereby a very limited number of pilgrims from various nationalities who already reside in Saudi Arabia, would be able to perform it,” the Saudi Arabian Hajj and Umrah ministry said in a statement.

The declaration marks the first time in Saudi Arabia’s modern history that Muslims outside the Saudi Arabia are barred from performing the hajj, which last year drew 2.5 million pilgrims.