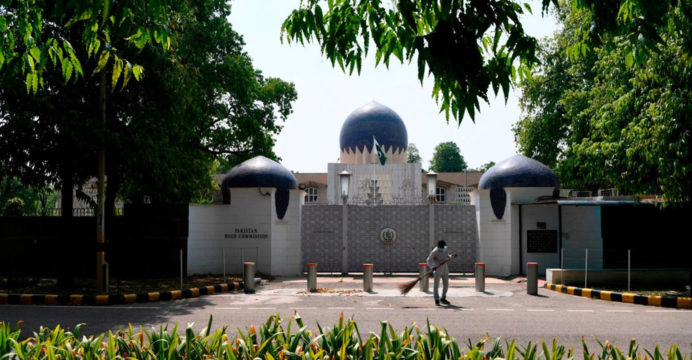 In an apparent move to decrease diplomatic bonds with Pakistan, India now sought a 50 percent reduction of the strength of staff members in Pakistan High Commission in India.

New Delhi would reciprocally degrade its own proximity in its diplomat’s mission in Islamabad to the same proportion, the decision was sent to the Charge d’ Affairs of Pakistan high commission Syed Haider Shah as he was summoned to the Ministry of External Affairs of India.

The resolution to reduce the staff members is to be performed within seven days, the ministry told Mr. Shah, according to a statement issued by the Ministry of External Affairs of India.

The determination came weeks after Indian police expelled two staff members at the Pakistan high commission in Delhi on charges of spying. in the consequences, Pakistani security agencies picked two Indian high commission staff working in Islamabad lately and arrested them in a road accident case.

The Ministry of External Affairs of India said to the Pakistan mission’s Charge d’ Affairs that India had repeatedly expressed concern about the activities of officials of his high commission in New Delhi.