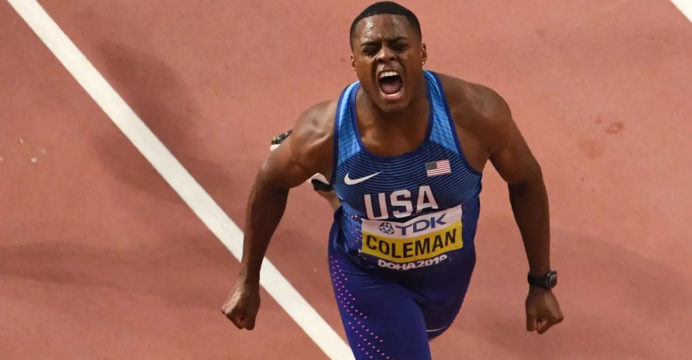 Christian Coleman won the gold medal at the 2019 Athletics World Championships by defeating Justin Gatlin of the United States. Since then, he has been the world champion in the 100-meter sprint. This time he has to face punishment. Coleman has been suspended for missing a dope test.

There were fears he could be punished, AFP reported. The Athletics Ethics Unit banned him today.

The World Athletics Organization’s anti-doping unit said in a statement that “there is a temporary ban on participating in competitions or any other activities.”

Coleman was absent from the dope test last December. The media has seen the possibility of imposing a two-year ban on him after it was published. Between 2016 and 2019, Coleman broke three rules of the ‘Athlete’s Location’ doping policy. Still somehow survived being banned last year.

Coleman could face up to two years ban if found guilty of failing a dope test and violating other rules, according to media reports. In that case, he is unlikely to compete in the Tokyo Olympics. The 24-year-old runner also gave a long speech on Twitter.