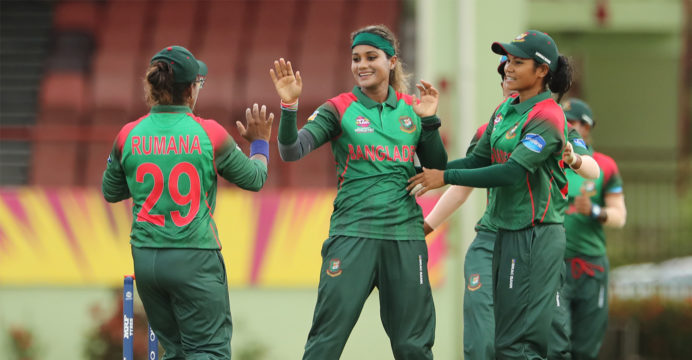 The women’s wing of the Bangladesh Cricket Board (BCB) is trying to appoint another foreign coach for the Bangladesh women’s cricket team instead of India’s Anju Jain. Former Indian cricketer Jain has recently joined the Baroda Cricket Association (BCA). There she will train their senior women’s team.

Jain’s contract as the coach of the Bangladesh women’s team expired last March. The BCB was reluctant to sign a long-term deal with her as her team’s performance in the latest Women’s Twenty20 World Cup in Australia was not as expected. However, the BCB has not officially acknowledged this. They just said they didn’t make a new deal because of the Corona epidemic.

Jain, who has been India’s wicket-keeper for 12 long years, also led the country’s national team to the 2000 Women’s World Cup. He also did not tell the BCB about his contract with the Baroda Cricket Association.

Shafiul Alam Chowdhury Nadal, chairman of the women’s wing of the board, told Bass, ‘The contract with her (Jain) expired in March. We have no desire to renew the contract with him. In fact, we have been looking for a new coach since the World Cup. However, it stopped due to the infection of Kovid-19.

“We have always been concerned about world-class coaches for the women’s cricket team,” he said. This will allow them to reach a higher level.”

Hoping to find a new coach in the next one month, he said, ‘It is difficult to find a coach at the moment because of the corona virus. However, we are working relentlessly on the issue. Hopefully within a month we will be able to find a new coach. ‘