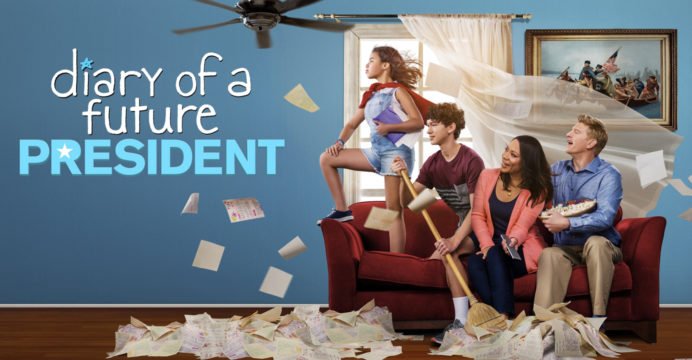 Disney+ announced its popular original series, “Diary of a Future President” has been renewed for a second season.

The Disney original “Diary of a Future President” reflects the adventures of Elena Cañero-Reed as she navigates the ups and downs of the middle school on her way to becoming the future president of the USA.

Series regulars include Tess Romero as Elena, Charlie Bushnell as Bobby, Selenis Leyva as Gabi, and Michael Weaver as Sam. Gina Rodriguez will play as adult Elena, the future president of the United States, in a recurring guest-starring role for the series.

“Optimistic, heartfelt stories that inspire are fundamental to our content and creator Ilana Peña’s series delivers on these attributes in spades,” says Agnes Chu who is senior vice president of Content in Disney+.

The series has received a 10-episode order and will stream exclusively on Disney+.