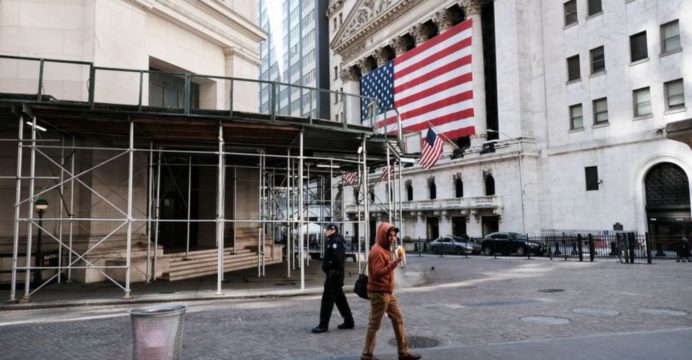 Stock markets around the world suffered historic losses in the first three months of the year amid a massive sell-off tied to the coronavirus.

The drops come as authorities order a halt to most activity in an effort to slow the spread of the virus. 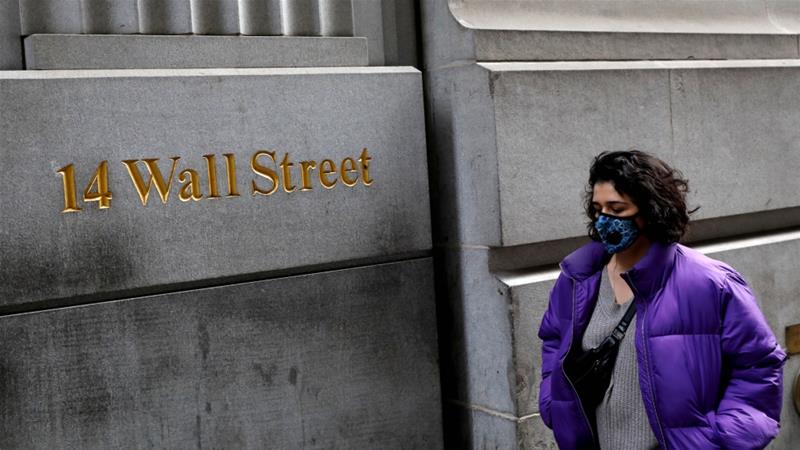 Economists have warned the hit to the global economy is likely to be worse than the financial crisis, with forecasters for IHS Markit, for example, predicting growth will shrink 2.8% this year, compared to a 1.7% drop in 2009.

No country has been left untouched. The data firm expects China’s growth to sputter to 2%, while the UK could see growth drop 4.5%. The outlook for countries such as Italy and less developed economies is even worse.

“We remain very concerned about the negative outlook for global growth in 2020 and in particular about the strain a downturn would have on emerging markets and low income countries,” the president of the International Monetary Fund, Kristalina Georgieva, said on Tuesday.

In the US, one central bank analysis suggested the unemployment rate could rise to more than 32% over the next three months, as more than 47 million people lose their jobs.

Globally, many indexes remain more than 20% lower than they were at the start of the year. A steep slide in oil prices, due to a drop in demand and a price war between producers, has compounded the problems on financial markets.

Governments have pledged massive rescue funds, which has helped to lift share prices in recent days.

Energy and financial firms were among the worst performers in the quarter. Retailers, which have seen sales evaporate as stores closed, suffered some of the biggest losses on Tuesday, with Macy’s down almost 9% a day after it said it would put the majority of its staff on unpaid leave.

“Despite monetary and financial stimulus, we expect volatility of equities to remain elevated as long as the duration and impact of Covid-19 remain unknown, oil prices stay depressed and earnings visibility is murky,” analysts for US Bank Wealth Management wrote.