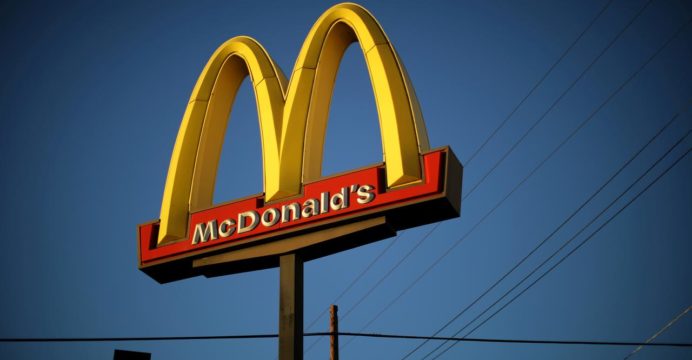 McDonald’s to close all 1,270 of its restaurants in the UK

McDonald’s will close all 1,270 of its restaurants in the UK by the end of Monday, as fears over the spread of coronavirus escalate.

Previously, the fast food giant had closed its seating areas but had continued to offer takeaway and drive-through services.

McDonald’s employs around 135,000 people in the UK, the majority of which are on zero-hours contracts.

The chain said staff employed directly by the company would receive full pay for their scheduled hours until 5 April.

By that time it expects the government’s financial aid package, announced on Friday, to have kicked in, with staff paid 80% of their wages.

A spokeswoman told reporters she expected McDonald’s franchises, which decide their own pay policies, to follow suit.

McDonald’s UK boss, Paul Pomroy, said: “Over the last 24 hours, it has become clear that maintaining safe social distancing whilst operating busy takeaway and Drive Thru restaurants is increasingly difficult and therefore we have taken the decision to close every restaurant in the UK and Ireland by 7pm on Monday 23 March.

“I have been clear throughout this that we would only continue to operate whilst it was safe for our people and together with our franchisees, we feel now is the time to make this decision.”

Last week Mr Pomroy had said the chain would stay open as “for as long as it is safe to do so”.

But it reduced its opening hours and cancelled its annual Monopoly promotion, where prizes included a number of foreign holidays and cruises.