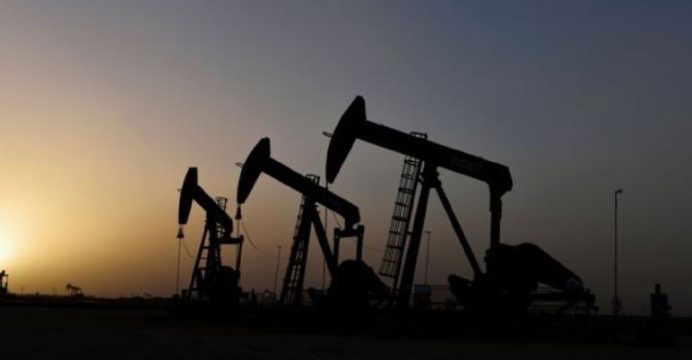 Oil prices fell more than two percent in Asian trade on Friday due to a standoff between top producers Saudi Arabia and Russia, and mounting fears the coronavirus pandemic could spark a global recession.

West Texas Intermediate was down 2.4 at under $31 a barrel while Brent crude slipped 2.1 percent to below $33 a barrel, following heavy losses a day earlier, reports BSS.

The falls came as Asian stocks extended a global rout as concerns grow about the virus’s impact on the world economy.

Crude markets have been plunging this week after top exporter Riyadh began a price war amid a row with Russia on whether to cut output to support the virus-battered energy sector.

And now the virus outbreak is adding to downward pressure, as worries about a global recession dim the outlook for demand even as Saudi Arabia opens the oil taps to win market share.

Emergency measures by central banks Thursday failed to douse concerns about the economic toll from the outbreak, with some stock markets suffering their worst losses in decades and crude prices plummeting further.

President Donald Trump’s move to ban travellers to the US from Europe for 30 days has only added to the unease, and has battered airline stocks on both sides of the Atlantic.

“The travel restrictions and industrial slowdown have been weighing on global oil demand forecasts at a time when new supplies from OPEC are likely to hit the market,” ING economists said in a note.

Trump however on Thursday welcomed the steep fall in prices, saying they were “like a tax cut” for American consumers as they would push down gasoline prices.

The price war started after Saudi Arabia and other members of oil-exporting cartel OPEC pushed for an output cut to combat the impact of the virus outbreak.