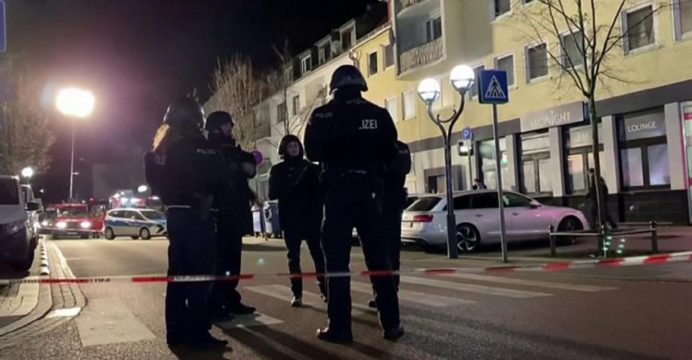 The regional police force tweeted at 05:03 local time that the suspect was found dead at his home, and that there appeared to be no other perpetrators, reports BBC.

The first shooting was at a bar in the city centre, while the second was in Hanau’s Kesselstadt neighbourhood.

They sparked a seven-hour manhunt, while officers searched for what they thought could have been multiple gunmen.

The motive for the attack remains unclear, and the police investigation is ongoing.

Can-Luca Frisenna, who works at a kiosk at the scene of one of the shootings, said his father and brother were in the area when the attack took place.

“It’s like being in a film, it’s like a bad joke, that someone is playing a joke on us,” he told Reuters. “I can’t grasp yet everything that has happened. My colleagues, all my colleagues, they are like my family – they can’t understand it either.”

Hanau, in the state of Hessen, is about 25km (15 miles) east of Frankfurt.

This attack comes four days after another shooting in Berlin, near a Turkish comedy show at the Tempodrom concert venue, which killed one person.