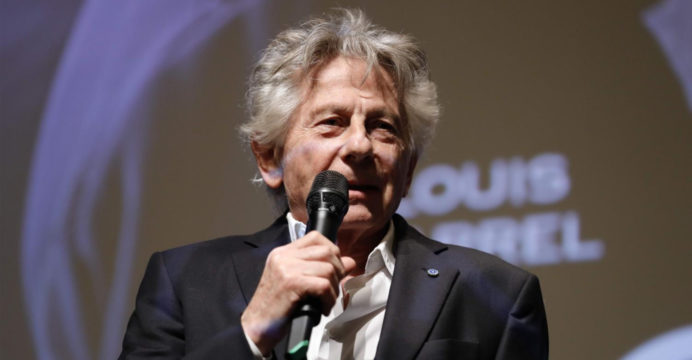 Roman Polanski’s new film “An Officer and a Spy” topped the list of nominations on Wednesday for the “French Oscars”, sparking outrage from feminists.

The controversial director has been wanted in the US for the statutory rape of a 13-year-old girl since 1978 and is persona non grata in Hollywood.

His period drama about the Dreyfus affair, which rocked France at the turn of the 20th century, is in line for 12 Cesars, the French equivalent of the Oscars.

The head of the French film academy Alain Terzian said it “should not take moral positions” about giving awards.

But their choice was condemned by the French equality minister, feminist groups and some film critics.

“If rape was an art, give all the Cesars to Polanski,” tweeted the French women’s group, Osez le feminisme (Dare to Be Feminist).

“By celebrating a fugitive rapist and child sex criminal, we silence the victims,” it added, urging supporters to demonstrate outside the awards ceremony on February 28.

Equality minister Marlene Schiappa was equally scathing. “What message are they trying to send?” she told French radio.

“Clearly the French film industry has a way to go when it comes to sexist and sexual violence,” she added.

“I don’t think they respect women and particularly victims who have spoken out.”

Culture Minister Franck Riester commented the academy was “free to make its choices but added that he would continue to defend “creative freedom with the same determination with which I daily combat all forms of sexist and sexual violence.”

“It is high time for cinema professionals to distance themselves clearly from the Cesar. I dare hope the vast majority of them and Franck Riester will refuse to attend the ceremony,” retorted Alice Coffin, of feminist group La Barbe.