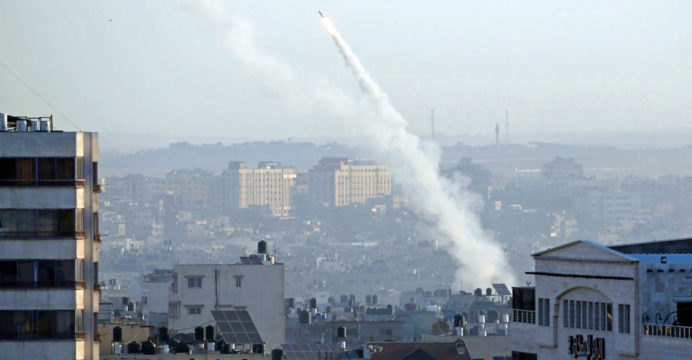 Israel’s military killed a commander from Palestinian militant group Islamic Jihad in a strike on his home in the Gaza Strip on Tuesday, triggering exchanges of fire in a violent escalation that left another nine Gazans dead.

The targeted strike prompted a retaliatory barrage of almost 200 rockets fired into Israel, followed by Israeli air raids. Gaza’s health ministry reported a total of 10 people killed and more than 40 wounded in the Palestinian enclave.

The rocket fire into Israel caused damage and a number of injuries, with at least one rocket hitting a house and another narrowly missing passing cars on a highway.

A factory in the city of Sderot was also hit, sparking a fire.

Israeli medics said they had treated 46 people, 21 of whom had “stress symptoms” related to the rocket fire.

Reports that a separate strike targeted an Islamic Jihad member in Damascus added to the day’s tensions. 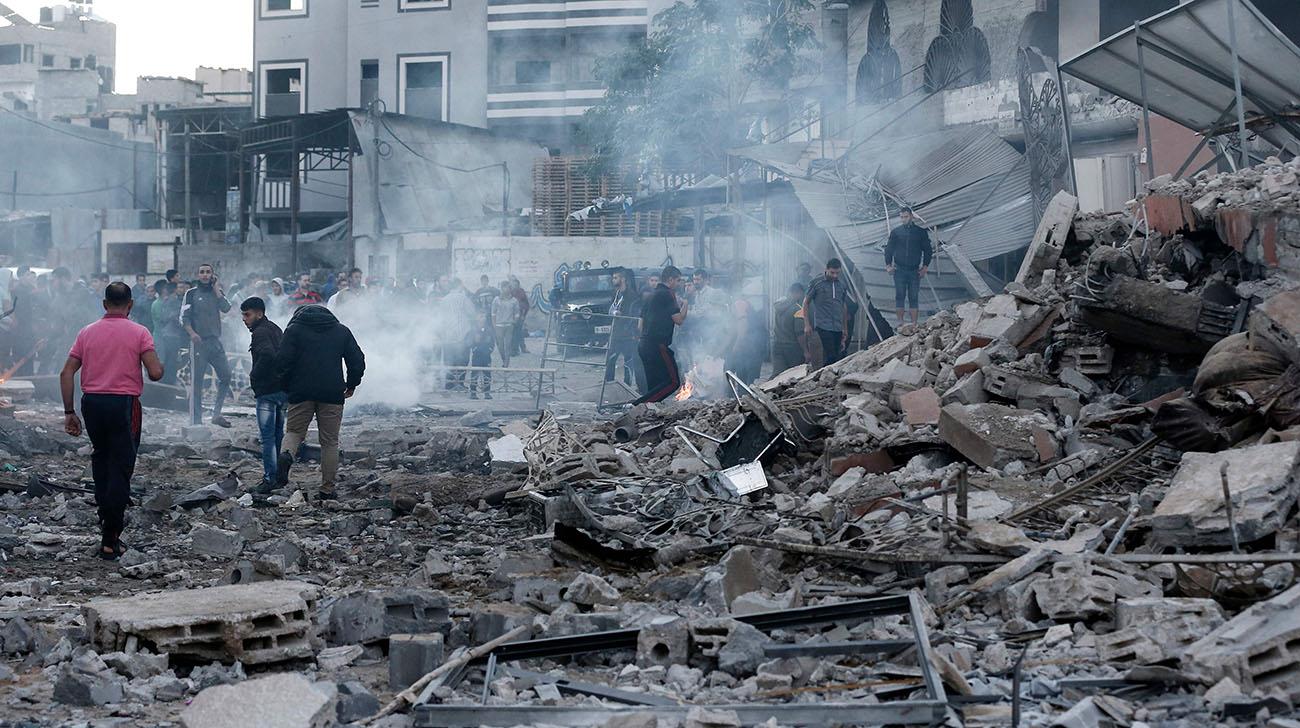 Islamic Jihad confirmed one of its officials, Akram Ajouri, was targeted, with Syrian state news agency SANA reporting an Israeli strike had hit Ajouri’s home in Damascus, “killing his son Muadh and another person”.

The initial Israeli raid in Gaza early Tuesday, thought to have been carried out by a drone, killed Islamic Jihad commander Baha Abu Al-Ata, 41.

Islamic Jihad confirmed his death, along with that of his wife.

Israel blamed Ata for recent rocket fire into its territory and said he had been preparing further attacks.

As the retaliatory rocket fire followed, air raid sirens rang out in various parts of Israel as residents took cover in bomb shelters.

Israel’s military said Tuesday night that some 190 rockets had been fired at its territory throughout the day, with dozens intercepted by air defences.

More than half of the rockets fell in open areas, it said.