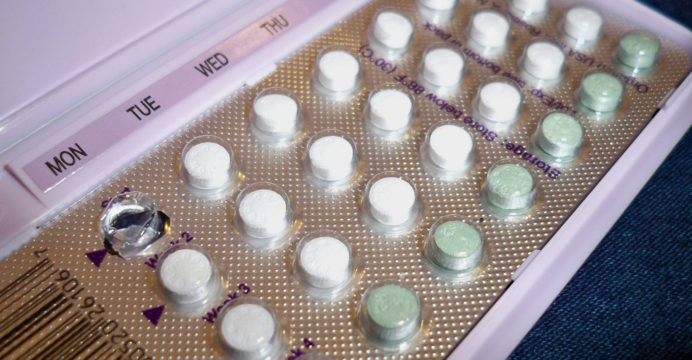 Services based on the web or on smartphone apps are mostly safe and efficient for purchasing oral contraceptives, a small U.S. study concludes

“If a woman is looking for easier access to birth control, this seems like a very reasonable option, in particular, for those struggling to find a provider or having difficulty getting into a doctor’s office,” said senior author Ateev Mehrotra of Harvard Medical School in Boston.

Experts have been concerned about the quality of services provided by online vendors. These companies allow patients to get their pills by mail or receive a prescription by completing online questionnaires, helping them avoid the hassle of having to visit a clinic, reports Reuters.

To assess how easy it is to buy contraceptives online and whether vendors provide screening similar to in-person providers, Mehrotra and his team recruited seven women, ages 20 to 29, who represented a variety of typical patients.

The volunteers included women with uncommon medical conditions that would make them poor candidates for oral contraception, such as migraine with aura or a previous deep-vein thrombosis, or blood clot. All the women were asked to purchase birth control from each of nine online vendors between October 2018 and March 2019, resulting in a total of 63 vendor visits.

Some of these websites, such as Planned Parenthood and The Pill Club, offer only women’s health services, while others like Virtuwell and Lemonaid cater to a number of conditions ranging from erectile dysfunction to allergies.

The online visits averaged 7.5 minutes, during which patients completed a questionnaire. Phone and video follow-up sessions used by some vendors lasted less than 10 minutes, the researchers note in The New England Journal of Medicine.

Patients for whom oral birth control was contraindicated received prescriptions in only three of 45 instances, the team found. Two of those instances involved the same woman, who had a relatively rare liver condition that might be overlooked even during in-person visits to a clinic, Mehrotra noted.

Physicians may end up missing rare conditions as they may rely on memory, instead of a checklist, to ask patients about medical conditions or medicines that could make oral birth control unsafe or ineffective, Mehrotra told Reuters Health in a phone interview.

Automated checklists used by online vendors greatly reduce the chances of prescribing the pills in case of contraindications, Mehrotra said.

For patients without insurance, the average cost of a 12-month prescription was $313, the researchers calculate – comparable to getting a prescription through a clinic visit.

The women either received their pills by mail, or their prescriptions were transmitted to a local pharmacy for immediate pickup.

“It’s always a benefit to have a relationship with a provider who knows you and knows your medical history. But this is increasingly a luxury, especially if you’re talking about contraceptives,” said Dr. Sharon Gerber of the Icahn School of Medicine at Mount Sinai in New York City.

Still, there is room for improvement.

Most vendors did not provide information on other forms of birth control, nor did they include questions to see if the person would have trouble adhering to a daily pill regimen, the study team points out.

With telecontraception, women may be limited to just buying the pills, because vendors would likely not address issues such as sexually transmitted infections and preventive care, which would normally be brought up during doctor visits, they write.

“Telecontraception and telemedicine, in general, is focused on the provision of care, as opposed to providing the care and then referring patients who need additional care elsewhere,” Gerber said by phone.

She hopes the rising popularity of online medical providers will encourage them to set up quality controls and provide comprehensive reproductive counseling.

However, Mehrotra cautioned, oral pills are a less effective form of birth control than long-acting, reversible forms of contraception such as an intra-uterine device.

So if online access encourages more women to start using the Pill, he said, it “could cause potentially more pregnancies that are unwanted.”