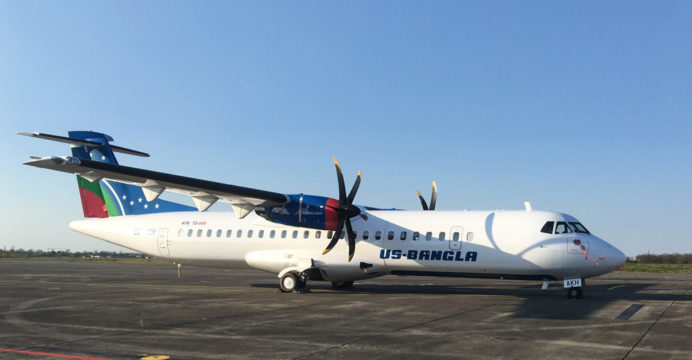 The new aircraft raised the current aircraft number to 11 along with the existing four Boeing 737-800, three DASH8-Q400 and three ATR 72-600, the largest fleet among the Bangladeshi private airlines, reports BSS.

The aircraft landed at Hazrat Shahjalal International Airport at 4.30 pm flying from France after refueling in Egypt and Oman, a press release said.

The airlines is planning to add two more ATR 72-600 aircraft to its fleet soon, said the release.