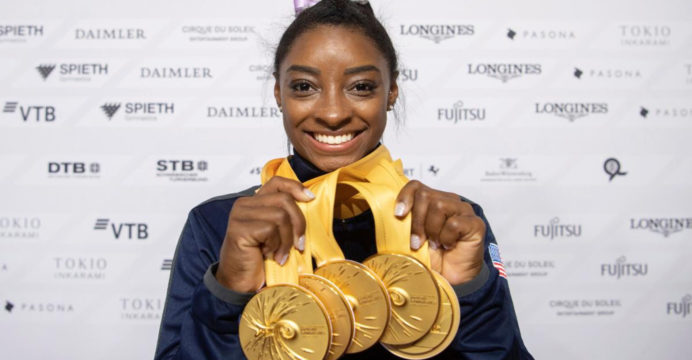 American Simone Biles became the most decorated gymnast in world championship history on Sunday when she won the beam and floor finals to take her career tally to 25 medals.

Soon after securing a convincing victory on the beam in Stuttgart to overtake Belarusian Vitaly Scherbo’s record tally of 23 world medals, the 22-year-old Biles successfully defended her floor title to win medal number 25.

The four-time Olympic champion is now the owner of 19 gold medals across four championships against 12 for Scherbo, who competed in five world events between 1991 and 1996. 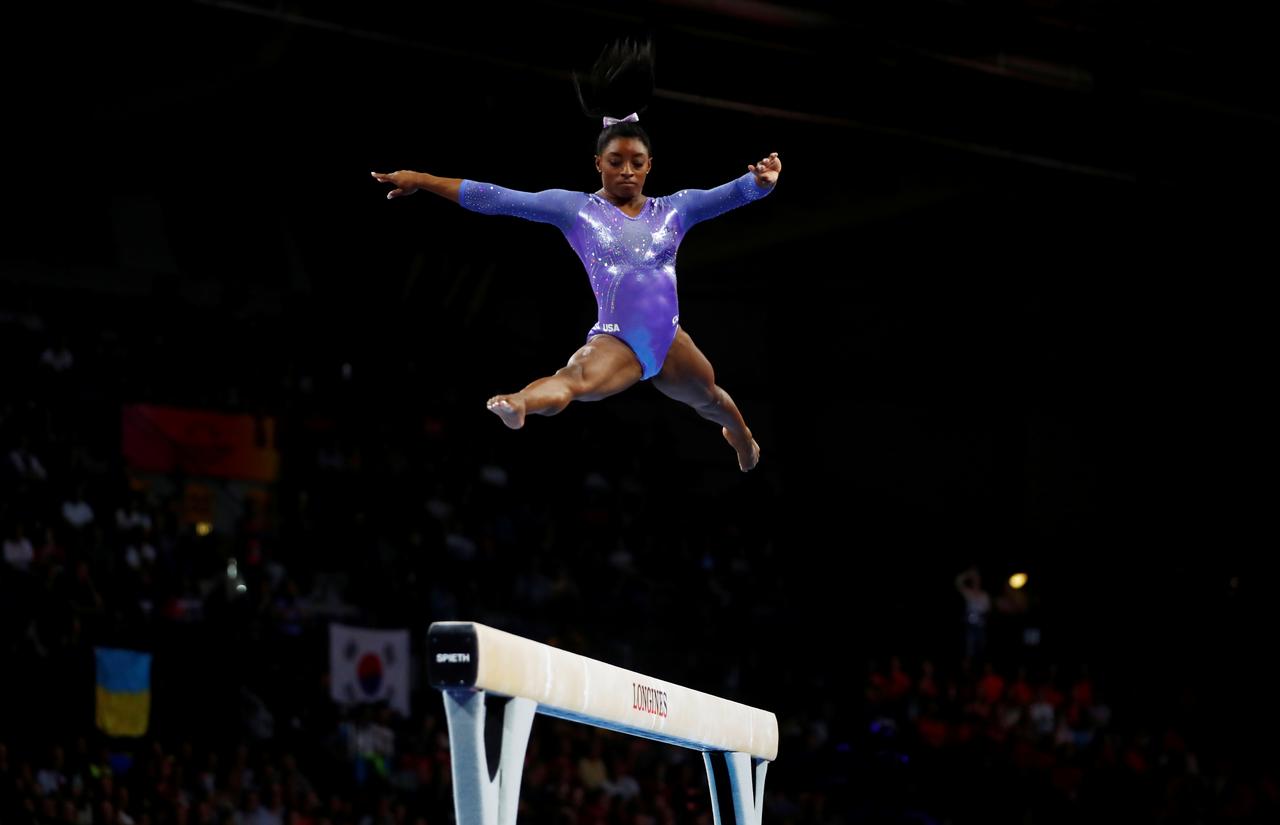 Making her final appearance of the week in front of a raucous crowd, Biles wasted no time as she landed a superb triple-twisting double back flip — known as the Biles II – on her first pass.

Biles’s double layout with a half turn — another skill named after her — put her out of bounds for a 0.1 penalty but she did enough to post a winning score of 15.133.

“Honestly, I just couldn’t move. I was so tired,” Biles said of her final pose on the stage.

“This is really the best worlds performance I have ever put out.”

The Americans took a one-two finish as Sunisa Lee finished with 14.133 for the silver medal, while Russian Angelina Melnikova came third.