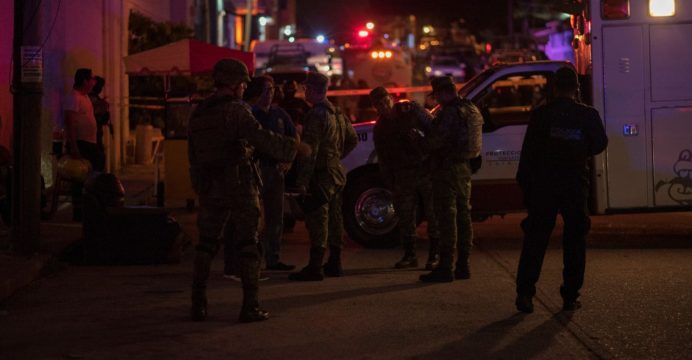 At least 23 people killed in a Mexican bar fire

At least 23 people have been killed in a Mexican bar fire that police believe followed an attack linked to drug cartels. Eight women and 15 men died in the blaze in the Caballo Blanco (White Horse) bar in Coatzacoalcos, a port city in Veracruz, on Tuesday night.

Another 13 people were badly injured in the packed bar. Mexican media reported that the bar was peppered with gunfire and Molotov cocktails were thrown inside. Police and ambulances crowded the street in the aftermath of the fire, reports BBC.

Veracruz regional governor Cuitláhuac García said police were in pursuit of the attackers and vowed that they “will not go unpunished”. 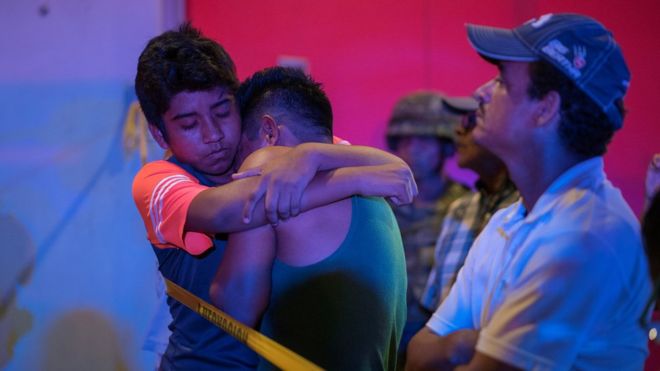 One woman standing nearby told a reporter that she was looking for her son, like many others there. Her son worked as a cleaner at the bar, and she had already searched the local hospitals.

Officially, prosecutors are only saying that the fire “may have been the result of a vile attack” and are still investigating.

But in April, a similar attack in nearby Minatitlán killed more than a dozen people when gunmen opened fire at a bar there.

Gang violence, often driven by the drug trade, is not uncommon in Veracruz, one of the most violent regions in Mexico.

It is a popular route for illicit drug shipments or human trafficking destined for the United States – and rival gangs battle for territory and dominance.

Last year, a mass grave of suspected drug cartel victims was found containing the skulls of at least 166 people. In 2017, another mass grave with 250 victims in itwas found.