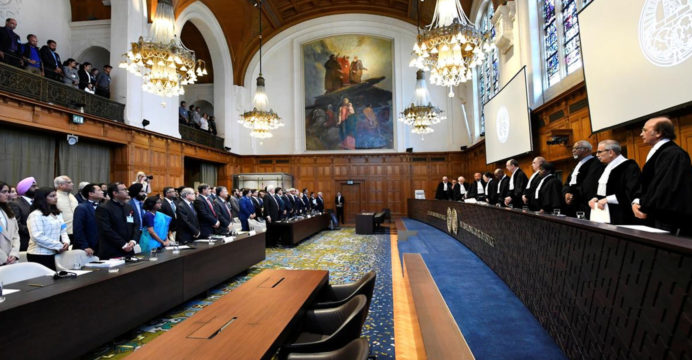 The International Court of Justice will decide Wednesday on India’s bid to remove an alleged spy from death row in Pakistan, in a case that has stoked tensions between the South Asian rivals.

Kulbhushan Sudhir Jadhav, a former Indian navy officer, was arrested in Pakistan’s restive southwestern province of Baluchistan in March 2016 on charges of espionage.

The 48-year-old was then sentenced to death by a Pakistani military court in 2017, sparking outrage in India.

India insists that Jadhav was not a spy and says he was kidnapped in Pakistan. New Delhi is asking the ICJ to order Islamabad to annul the sentence.

India’s lawyers told the court in February that it was a “farcical case” based on “malicious propaganda”, while Pakistan’s lawyers hit back by accusing Jadhav of “terrorism”.

The last hearing coincided with a sharp spike in tensions between the two nuclear-armed neighbours after a suicide bombing in restive Kashmir, although relations have since improved.

The ICJ was set up in 1946 to rule in disputes between countries.

The court has already intervened previously in the case, issuing an urgent order in 2017 telling Pakistan to stay Jadhav’s execution while it dealt with the issue in more detail.