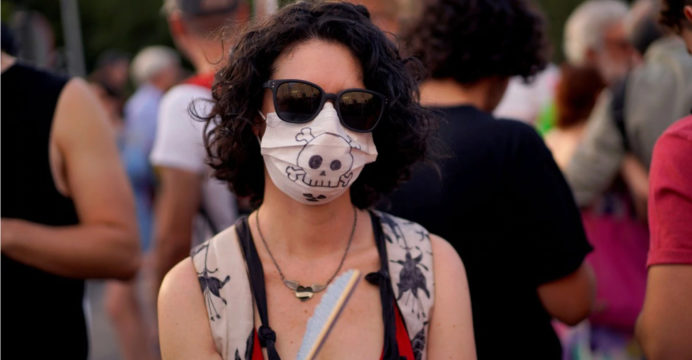 Thousands march in Madrid to save anti-pollution plan

Thousands marched through Madrid on Saturday to ask the Spanish capital’s new mayor not to ditch ambitious traffic restrictions in the center only recently set up to improve air quality.

“Madrid Central,” as it is called, was one of the measures that persuaded the European Commission not to take Spain to court last year over its bad air pollution in the capital and Barcelona, like it did with France, Germany and the United Kingdom.

The capital’s new conservative mayor Jose Luis Martinez-Almeida made ditching “Madrid Central” a priority during his campaign, saying it had done nothing to ease pollution and only caused a nuisance for locals.

But since he has taken power as part of a coalition with centre-right party Ciudadanos, the city hall has toned this down, saying it is merely seeking to reform a system that does not work properly, mistakingly handing out some fines. 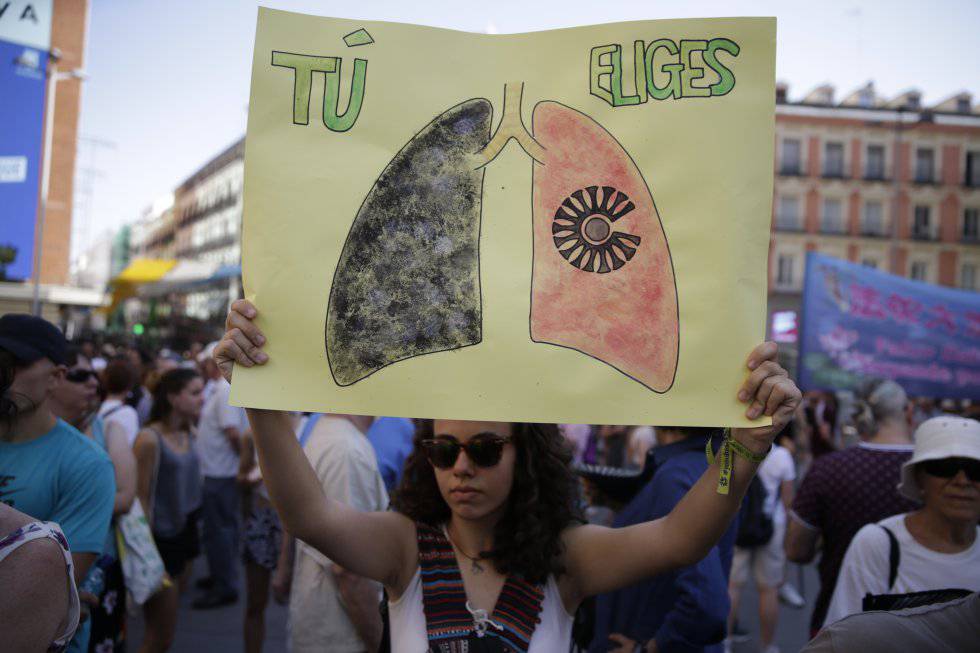 When the system was launched in November, Madrid followed in the steps of other European cities such as London, Stockholm or Milan that have restricted traffic in their centres.

But while in these cases drivers can pay to enter such zones, Madrid went a step further, banning many vehicles from accessing the centre altogether and fining them if they did.

These fines will be suspended from July 1 to the end of September as the new city hall team audits the system.

For Beatriz Navarro, a 44-year-old university biochemistry professor who took part in the march, the system is working fine.

“It’s a small seed… among everything that has to be done to slow down climate change,” she said.

In a statement, environmental group Ecologistas en Accion said “the levels of pollution from nitrogen dioxide (NO2) registered during May this year were lower than those of 2018 in all the (measuring) stations in the system.”