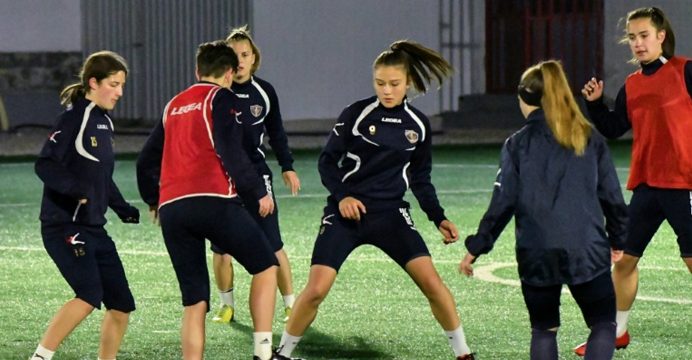 In Bosnia, women footballers play against the patriarchy

As a young girl, Irena Bjelica had to furtively sneak to football training in defiance of a family who thought she would be better suited as a dancer or model.

Today the 24-year-old is a defender for one of Bosnia’s top women’s football clubs, a team that is winning matches but still trying to win more fans as it battles gender norms in the patriarchical Balkans.

“My relatives were all against it,” recalled Bjelica, adding that only her grandfather supported her love of football as a youngster in neighbouring Montenegro, where she grew up.

As she proved her prowess on the pitch, the rest of her relatives eventually came around. But she has also found a different kind of family in Emina, a club founded three years ago in the southern Bosnian town of Mostar.

“The coach and the president are like our parents…while the other players in the club are like my sisters,” explained Bjelica, who lives with her teammates in the house of the club’s founders, who sleep in the living room so that the players can share bedrooms upstairs.

Emina is part of a small sporting scene for women in Bosnia, a conservative country where many still see football as a man’s game. 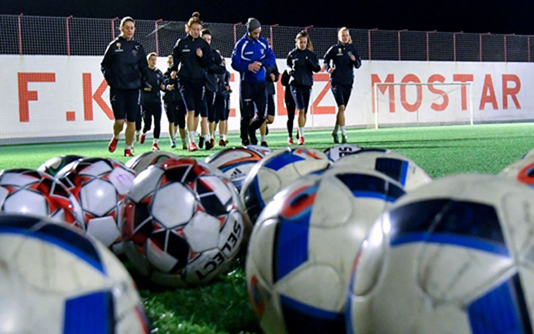 Their sporting infrastructure also pales in comparison to many of the countries competing in the Women’s World Cup in France, which Bosnia did not qualify for.

The 31 women’s clubs mostly owe their existence to football enthusiasts, such as Emina’s founders Sevda Becirovic Tojaga, a 56-year-old pharmacist, and her husband Zijo, 57.

The idea was born in May 2016 while Sevda was watching an international women’s match on TV and called her husband to say: “We are going to start a club.”

They have ignored the boys who look at female players with an “evil eye” or call them “lesbians,” she added.