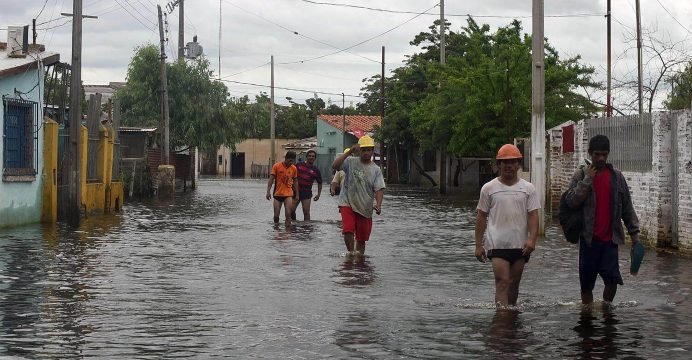 Flooding in Paraguay’s capital due to heavy rain

More than 20,000 families across Paraguay have been affected by severe flooding from two weeks of heavy rain that caused the country’s main river to burst its banks, a senior official said Wednesday as an emergency was declared in the capital.

National Emergency Minister Joaquin Roa made the announcement as forecasters said the precipitation would continue for the rest of the week.

The Paraguay River, which runs some 1,000 kilometers north to south and splits the country in two, is expected to continue overflowing.

A 90-day emergency was declared in Asuncion on Wednesday due to the flooding. Hardest-hit are some 5,000 families living in the Banado Sur working-class neighborhood on the city outskirts.

The people affected by flooding “need sheet metal roofing, wood, and all types of help,” a municipal official told AFP. 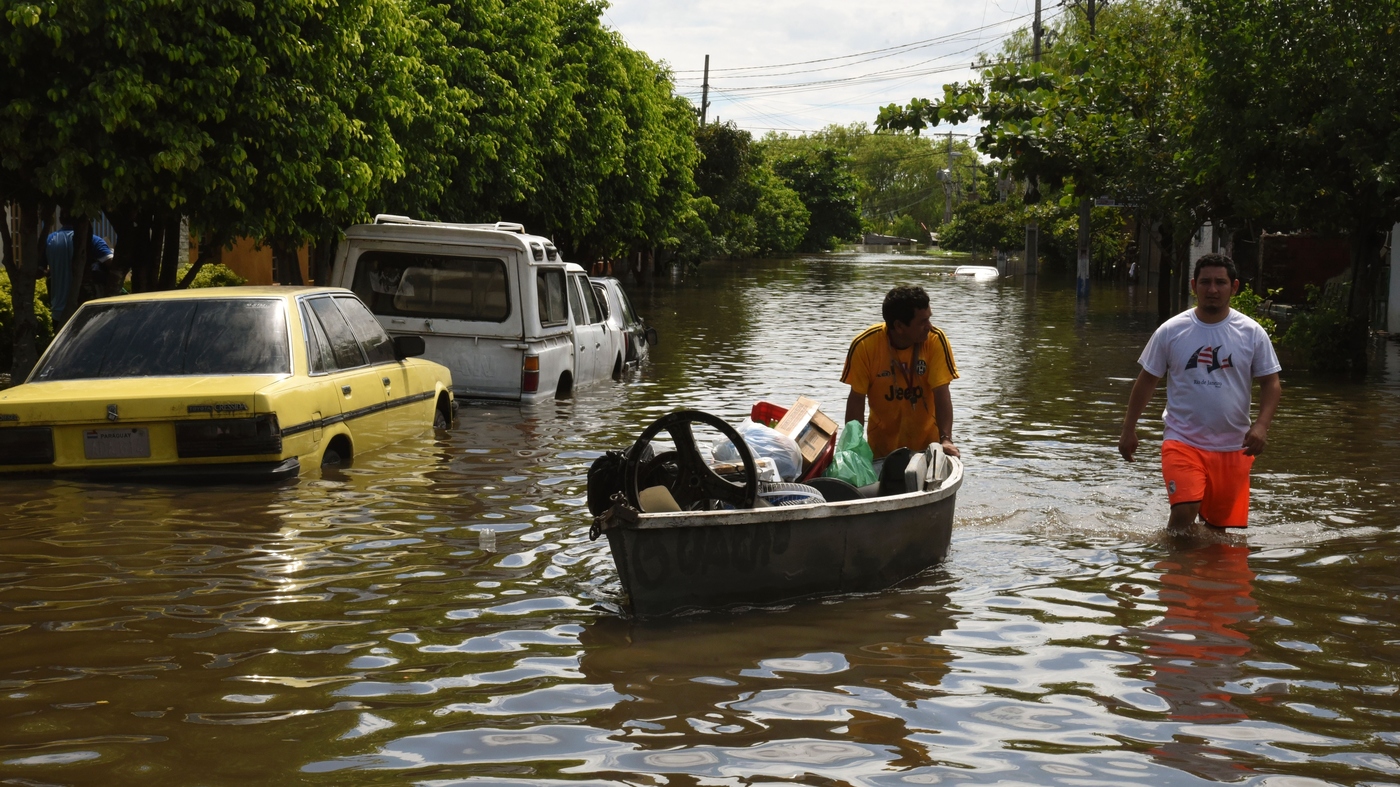 The Paraguay River flows past Asuncion and eventually merges into the Parana River in Argentina.

“We did not expect it to swell so quickly,” said Pablo Ramirez, a resident of Banado Sur, a neighborhood in the capital, dismayed after returning to his home after he left it one month ago due to flooding.

Ramirez, who relies on crutches to get around following a car accident, said that he will not leave home this time. The flooding “will go by quickly,” he said optimistically.

Pedro Velasco, the leading neighborhood Catholic priest, said that one week ago they warned emergency officials that the river was about to overflow and asked for trucks to deliver aid and help evacuate people.

“They didn’t move until Monday, but by then it was already too late and they couldn’t come in” because of the flooding, Velasco said.

Roa said that his office will deliver 400,000 of food in the next days in coordination with the Paraguayan military.