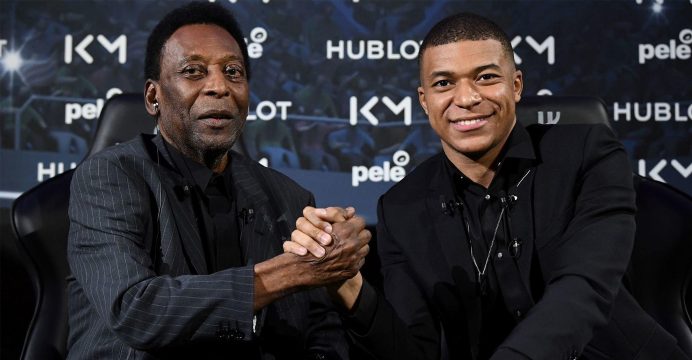 Football legend Pele told Kylian Mbappe on Tuesday that he believes the French World Cup winner can emulate his own achievement of scoring 1,000 career goals.

The 78-year-old Brazilian claims to have netted over 1,000 goals in his career, while Mbappe has so far managed 103 in total, with 92 of those coming at the top level.

“It’s possible, I scored exactly 1,025, so 1,000 goals is possible for him,” Pele told AFP in Paris, where he met Mbappe at a sponsor event for Hublot watches.

Mbappe, who last year became only the second teenager to score in a World Cup final after Pele in France’s 4-2 victory over Croatia, played down Pele’s comments. 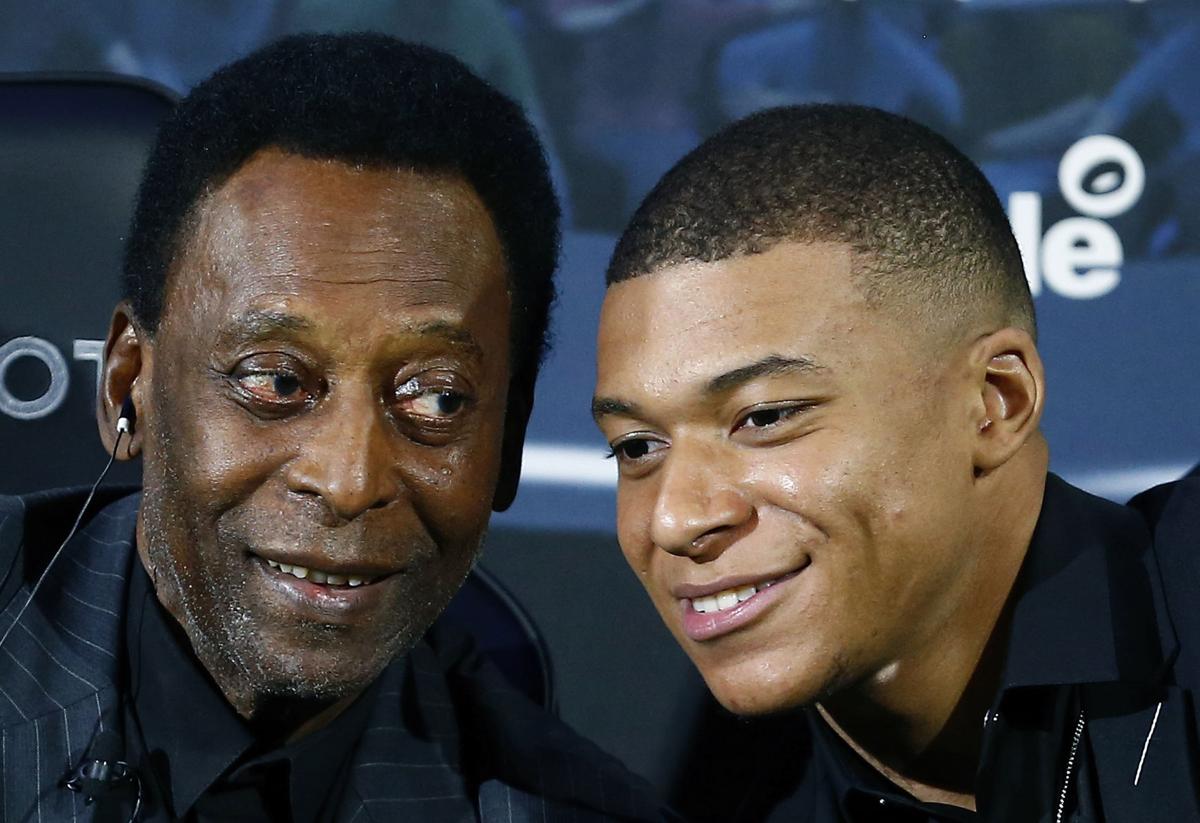 “I think that even if we count the goals on inter-city pitches and goals on the PlayStation, I won’t be able to reach the 1,000-goal mark,” said the 20-year-old Paris Saint-Germain forward.

“We will try to get as close as we can, but I think I’ll be a long way off it at the end of my career.”

Mbappe has scored 32 goals in all competitions for PSG this season, including 27 from only 24 Ligue 1 appearances.

Pele was only 21 when he won his second World Cup in 1962, adding a third eight years later.

“There’s only one ‘King’ and he’s there,” said Mbappe. “I’m just Kylian, I’m trying to do my best to help my team and my national side.

“The comparisons are flattering but I know very well that I will never do what he did.”