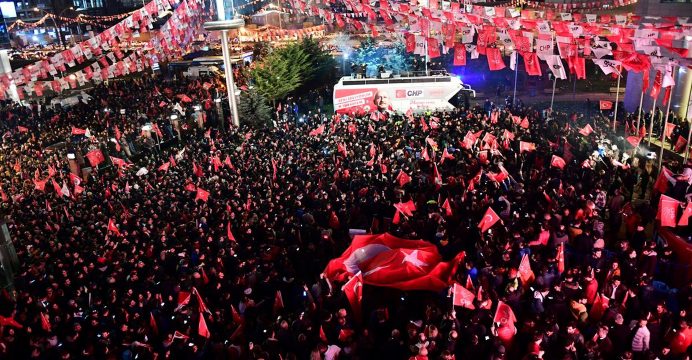 Turkey’s Tayyip Erdogan suffered a severe setback as his ruling AK Party lost control of the capital Ankara for the first time in a local election and he appeared to concede defeat in the country’s largest city, Istanbul.

Erdogan, who has dominated Turkish politics since coming to power 16 years ago and ruled his country with an ever tighter grip, campaigned relentlessly for two months ahead of Sunday’s vote, which he described as a “matter of survival” for Turkey.

But the president’s daily rallies and overwhelmingly supportive media coverage failed to win over the country’s capital or secure a definitive result in Istanbul, as Turkey’s tip toward economic recession weighed heavily on voters.

Turkish broadcasters said opposition Republican People’s Party (CHP) candidate Mansur Yavas had won a clear victory in Ankara, but the vote count in Istanbul was so tight that both parties declared the narrowest of victories. 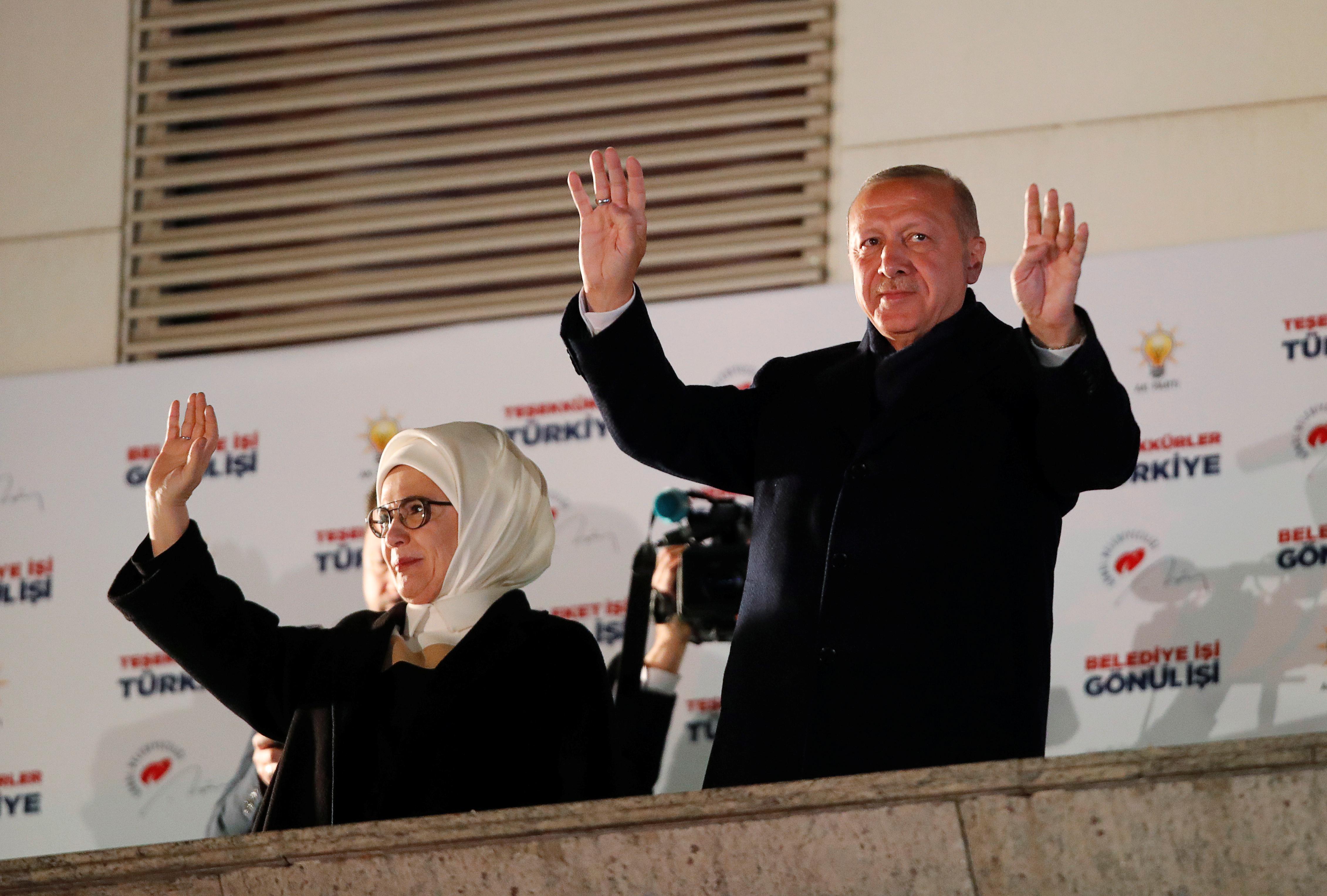 “The people have voted in favor of democracy, they have chosen democracy,” opposition leader Kemal Kilicdaroglu said, declaring that his secularist CHP had taken Ankara and Istanbul from the AK Party (AKP) and held its Aegean coastal stronghold of Izmir, Turkey’s third largest city,

Defeat for Erdogan’s Islamist-rooted party in Ankara was a significant blow for the president. Losing Istanbul, where he launched his political career and served as mayor in the 1990s, would be an even greater symbolic shock and a broader sign of dwindling support.

The Turkish lira, which swung wildly tmsnrt.rs/2CEaO11 in the week ahead of the elections echoing last year’s currency crisis, slipped again on Monday and was down 1.2 percent at 5.62 against the dollar.

State-owned Anadolu Agency said the AKP would appeal in some districts of the capital.

In Istanbul, the AKP said former Prime Minister Binali Yildirim defeated his CHP rival Ekrem Imamoglu by a mere 4,000 votes – with both candidates polling more than 4 million votes. Imamoglu said he had a lead of 28,000 with only 2,000 votes uncounted.

In a speech to supporters in Ankara, Erdogan appeared to accept AKP defeat in Istanbul, although he maintained that most neighborhoods in the city were held by his party. “Even if our people gave away the mayorship, they gave the districts to the AK Party,” he said.

The party would appeal results wherever needed, he added.