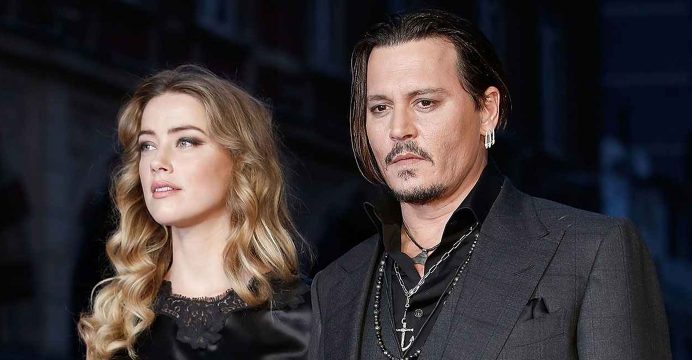 The actor Johnny Depp has launched legal action against his ex-wife Amber Heard, accusing her of defamation, reports BBC.

In December, Ms Heard, also an actor, wrote an article for the Washington Post describing the backlash she faced due to speaking out about domestic violence.

Mr Depp’s lawsuit says he “never abused Ms Heard” and the claims are “part of an elaborate hoax” to advance his ex-wife’s career.

Heard first accused Depp of domestic violence in May 2016, the year after they were married.  Depp was ordered to stay away from her and the couple divorced in 2017.

In her piece for The Washington Post, Ms Heard does not name Mr Depp but describes her experience of speaking out against domestic violence, stating she “faced our culture’s wrath”.

She said she had lost a role in a film, was dropped by a major fashion brand and witnessed “how institutions protect men accused of abuse”.

Mr Depp’s defamation claim says the article worked on the “central premise that Ms Heard was a domestic abuse victim and that Mr Depp perpetrated domestic violence against her” and states that she was in fact the perpetrator.

The lawsuit claims her allegations lost him his lucrative role as Jack Sparrow in the Pirates of the Caribbean.

Ms Heard’s attorney Eric George told People magazine that Mr Depp’s legal action is an attempt to silence his ex-wife but “she will not be silenced”.

He said Mr Depp’s actions “prove he is unable to accept the truth of his ongoing abusive behaviour”, but that Ms Heard’s legal team would “prevail in defeating this groundless lawsuit”.