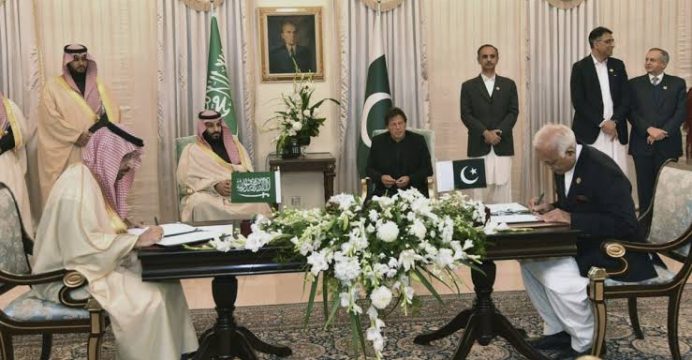 Crown Prince Mohammed bin Salman on Sunday said Saudi Arabia has signed investment agreements worth $20 billion during his high-profile visit to Pakistan, where tensions were flaring up with nuclear-armed rival India., reports Reuters.

Kicking off his tour of South Asia and China with a far higher Pakistan investment than expected, the crown prince said the $20 billion figure represents only the start of an economic tie-up that would bring the historic Muslim allies even closer. 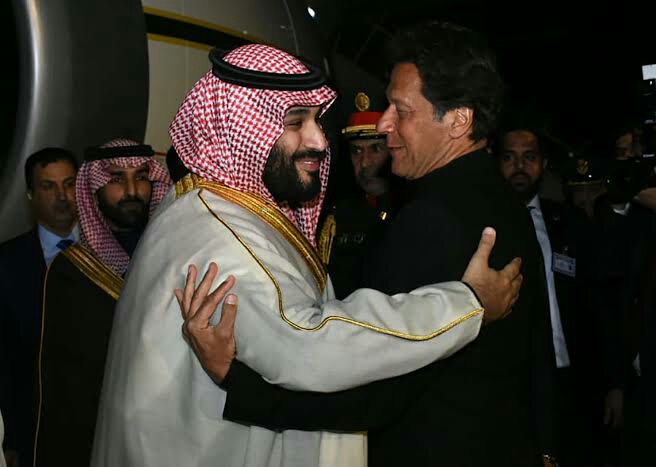 But Prince Mohammed’s visit is at risk of being overshadowed by Pakistan’s growing tensions with India. Earlier this week a suicide bomber killed 44 Indian paramilitary police in the disputed Kashmir region. New Delhi has accused Pakistan of having a hand in the bombing and vowed to punish Islamabad, which denies involvement.

Cash-strapped and in need of friends, Pakistan welcomed the crown prince with open arms and in grandiose fashion, including sending fighter jets to guide his incoming plane once it entered Pakistani airspace.

Prime Minister Imran Khan and Pakistan’s army chief Qamar Javed Bajwa greeted Prince Mohammed on the red carpet of a military airport in the garrison town of Rawalpindi, before Khan personally drove the crown prince to the capital Islamabad. 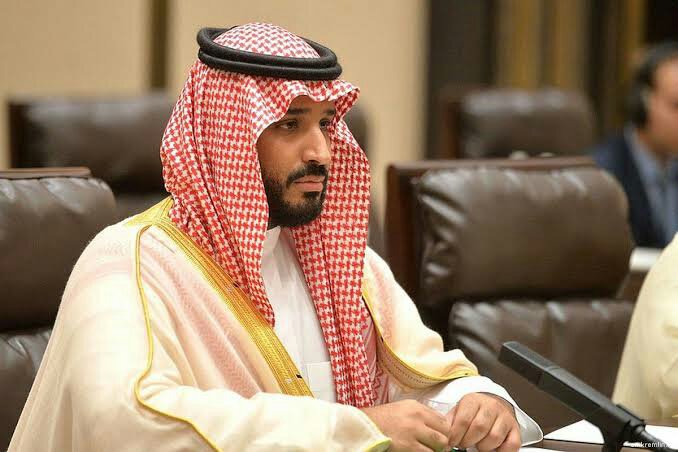 Saudi Arabia has in recent months helped keep Pakistan’s economy afloat by propping up its rapidly dwindling foreign exchange reserves with a $6 billion loan, giving Islamabad breathing room as it negotiates a bailout with the International Monetary Fund.

Islamabad has shown appreciation by treating Prince Mohammed’s trip as the biggest state visit since Chinese President Xi Jinping in 2015, soon after Beijing announced plans to invest tens of billions of dollars on infrastructure in Pakistan as part of China’s global Belt and Road initiative.