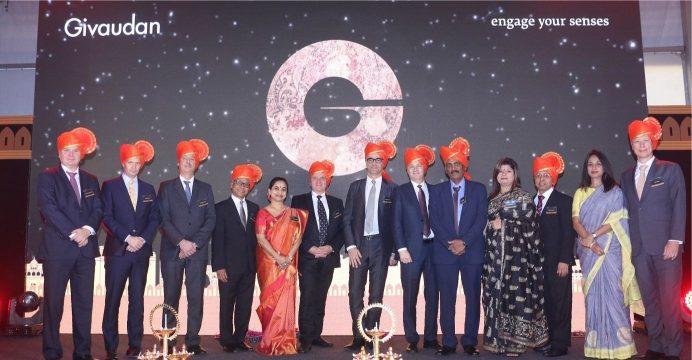 Givaudan, a flavor and fragrance company, officially inaugurated a new Flavours manufacturing facility in Pune, India. The CHF 60 million plant is the Company’s largest investment in India and further proof of its commitment to leverage growth potential in Pacific.

Designed to deliver a superior level of flavour and taste solutions, the new 40,000-square-metre facility will enable Givaudan to meet growing demand from customers in the food and beverage and healthcare segments. The new facility will complement the company’s existing plant in Daman, strengthening its capabilities in liquids compounding, powder blending, emulsions, process flavours and spray drying for the India, Nepal and Bangladesh markets. Givaudan expects to employ about 200 people at the new site.

Givaudan’s Chief Executive Officer, Gilles Andrier said: “We are delighted to open this world-class flavours manufacturing facility in Pune as the latest example of Givaudan’s long-term heritage and commitment to India and our strategic focus on the high-growth markets of Asia- Pacific. Our new plant will enable Givaudan to collaborate even more closely with our customers to deliver differentiated solutions and great taste experiences to the dynamic Indian market.”

The new facility is also making important contributions to Givaudan’s Climate Action Agenda by becoming the Company’s first Zero Liquid discharge site which ensures all waste water is purified and recycled at the end of the treatment cycle. Energy efficient LED lighting technology has also been fitted throughout the site to reduce CO2 emissions and plans are under development to incorporate solar panels, contributing towards Givaudan’s 100% renewable energy target. Over 1,100 trees have also been planted to support the preservation of the local ecosystem.

Givaudan’s APAC Commercial Head, Flavours, Monila Kothari, underlined the growing importance of the Indian market: “Over the last few years, there has been tremendous growth in the food and beverage industry in India and we have seen sustainable growth in this market. Given this rapid transformation, we need to be agile to address the needs of these markets and this new manufacturing facility in India is designed to cater to this.”