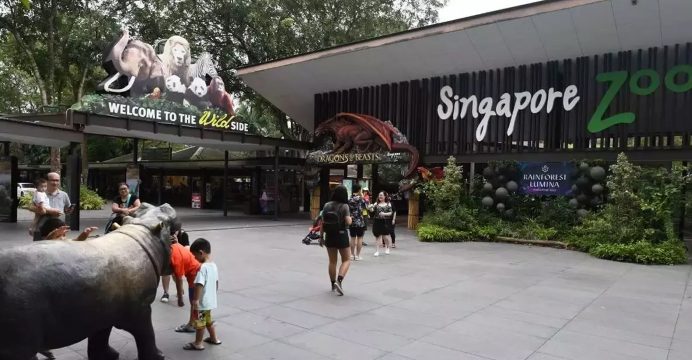 Singapore is creating a vast zone in a bid to bring in more visitors, but environmentalists fear the development will damage natural habitats and are already blaming it for a series of animal deaths.

While it may be best known as a financial hub with scores of high-rise buildings, tropical Singapore is still home to patches of rainforest and an array of wildlife, from monkeys to pangolins — also known as scaly anteaters.

In one green corner of the city sits a zoo and two sister attractions — a night safari and river safari — that have long been big draws for foreign and local visitors.

Now jungle is being cleared in the same area to make way for a bird park, a rainforest park a 400-room resort, to create a green tourism hub it is hoped will eventually attract millions of visitors a year.

But the project in the Mandai district has ruffled the feathers of environmentalists.

They believe that rather than promote biodiversity, it is too imposing for the area, will destroy forest habitats and they say insufficient safeguards were put in place before work began — leading to animals being killed on roads.

The row has highlighted concerns about rapid development in and worries that some of the country’s more wild and green corners are being lost only to be replaced with something more artificial.

“I think you are getting your priorities wrong if you are replacing natural heritage with captive breeding,” Subaraj Rajathurai, a veteran wildlife told AFP.

With the new development, it appears that “making money was more of a priority than finding the balance and preserving biodiversity”, he added.