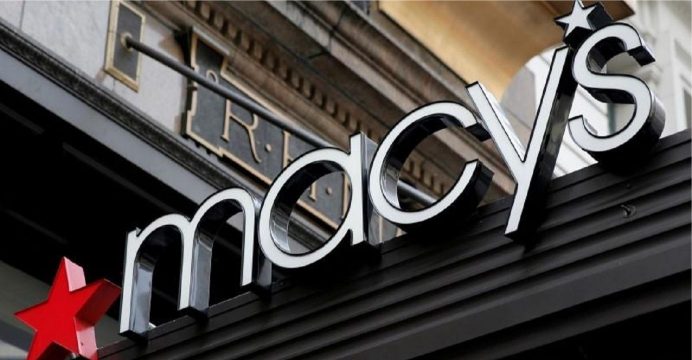 Macy’s Inc cut its comparable sales forecast for the holiday quarter on Thursday while year-end sales growth at rival Kohl’s Corp disappointed investors, signaling retailers’ continued struggle to keep up with a shift toward online shopping.

Target Corp emerged as a bright spot with a strong sales performance during November and December, but its shares were still dragged down by peers. Shares at Macy’s Inc tumbled 16 percent in premarket trading on Thursday, Kohl’s Corp fell over 5 percent, and Target was down over 1 percent.

“The holiday season began strong – particularly during Black Friday and the following Cyber week, but weakened during the mid-December period and did not return to expected patterns until the week of Christmas,” said Jeff Gennette, chairman and chief executive officer at Macy’s.

The department store chain slashed its comparable sales growth forecast for its final fiscal quarter, and now expects 2 percent growth, down from a previous outlook of 2.3 percent to 2.5 percent growth.

Kohl’s reported anemic comparable sales growth of 1.2 percent during the final two months of 2018, down from 6.9 percent a year earlier.

The disappointing performance comes even as sales for the 2018 U.S. holiday shopping season rose to its strongest level in six years, according to a Mastercard report in late December, which said shoppers were encouraged by a robust economy and early discounts.

Target Corp benefited from this surge in spending and said comparable sales grew 5.7 percent during November and December, helped by higher customer visits and strong online sales during the holiday season.

Target expects same-store sales growth of about 5 percent for the fourth quarter through January, while comparable sales had grown 3.4 percent in the November-December period last year.

All of the retailer’s core categories grew during the holiday season, with toys, baby and seasonal gift items being the strongest.

Target reaffirmed its full-year earnings and sales forecast, putting it on track for the strongest full-year comparable sales growth since 2005.

Target said store pickup and drive-up surged more than 60 percent from a year ago, and accounted for a quarter of the company’s digital sales in the holiday period.

The retailer also expects 2018 to be the fifth consecutive year in which its online sales grew more than 25 percent.

The company said Chief Financial Officer Cathy Smith plans to retire and would continue in her role until a successor is named.