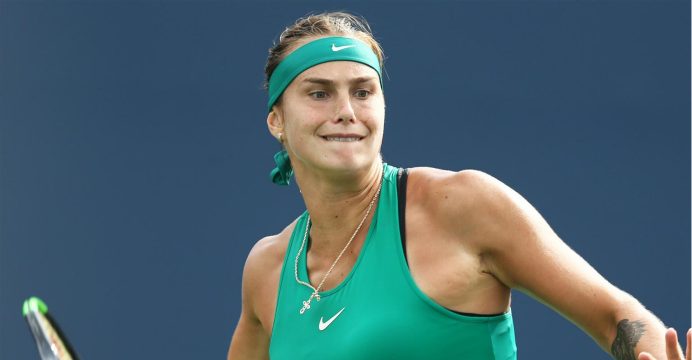 Sabalenka beat Wang 6-2, 6-1 after the Belarusian’s ultra-aggressive tennis earned her an early break.

Wang had to call for a medical timeout early in the second set to attend to her left and struggled during the game that lasted just over an hour.

“Of course I’m so happy with this performance. I would like to say it was not an easy match, because she (Wang) was always trying to get back into the game, even when she was down 0-5,” Sabalenka said after her win.

The world number 13 will meet American Alison Riske at the finals that will be played this afternoon 2 p.m. Beijing time (0600 GMT)

Sabalenka — who capped off a breakthrough season last year with titles at Wuhan and New Haven — made it to the semi-finals after former world number one Maria Sharapova abandoned her quarter-final tie on Friday after struggling with a thigh injury.