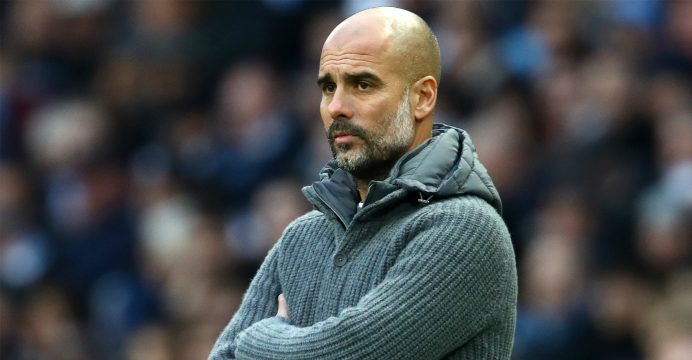 Pep Guardiola is confident that Manchester City will not be banned from the Champions League at the end of an ongoing Financial Fair Play investigation after speaking with the club’s senior figures.

UEFA president Aleksander Ceferin has promised that there will be action “very soon” regarding its assessment of allegations that City broke FFP rules.

The German magazine Der Spiegel, using material purportedly obtained from the whistleblowing outlet Football Leaks, reported in November that City had set up sponsorship deals to circumvent regulations limiting how much money owners can put into a club.

City responded to that report by saying there had been an “ and clear” attempt to damage the club’s reputation and that the emails that allegedly informed the accusations had been obtained illegally.

A ban from UEFA competitions, including the Champions League, is a potential punishment if City are found guilty of FFP breaches.

The club were fined 60 million euros ($68 million) and subjected to squad, wage and spending caps in a 2014 settlement agreed with UEFA following a previous breach of the rules.

Guardiola says City would accept a ban but does not believe it is likely after discussions with chairman Khaldoon al Mubarak and chief executive Ferran Soriano.

He said: “We will not be banned, no. That’s what I think because I trust in my chairman, with my CEO, what they have explained to me. I trust in them.

“If it happens, because UEFA decide that, we will accept it and move forward.”

While City being investigated off the pitch, the team are continuing to enjoy fine form on it, leading the Premier League by two points going into the weekend’s fixtures.

Guardiola’s side, unbeaten in their opening 15 league games, visit Chelsea on Saturday, where they are likely to face Jorginho, a player Guardiola tried unsuccessfully to sign from Napoli in the summer.

The Italy midfielder, 26, instead followed head coach Maurizio Sarri from Naples to Stamford Bridge in July, signing a five-year contract.

It has meant that Guardiola has had to continue to rely heavily on Fernandinho in the midfield anchor role, with the Brazil international the only outfield player to have started all 15 of City’s league games to date.