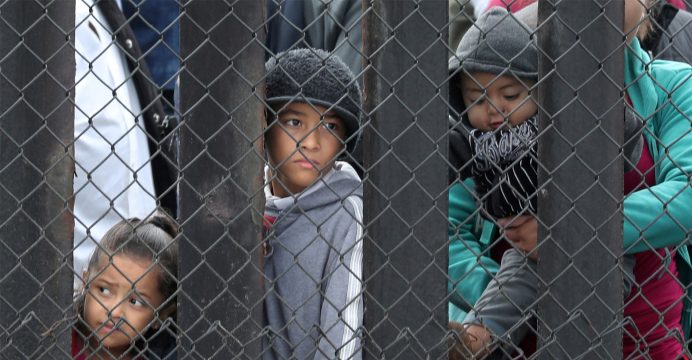 A US federal judge temporarily blocked Donald Trump’s administration from denying asylum to people who enter the country illegally, prompting the president to allege Tuesday that the court was biased against him.

Trump issued a proclamation earlier this month saying that only people who enter the US at official checkpoints — as opposed to sneaking across the border — can apply for asylum, as a caravan of thousands of Central American migrants made its way north through Mexico.

But US District Judge Jon Tigar in San Francisco issued a temporary restraining order against the Trump proclamation, thus granting a request from human rights groups that had sued shortly after the order was announced.

“It’s a disgrace,” Trump said, alleging judicial bias and appearing to refer to Tigar — who was appointed by US president Barack Obama — as an “Obama judge.”

“We will win that case in the Supreme Court of the United States,” Trump said.

Tigar wrote that the Immigration and Nationality Act of 1965 states that any foreigner who arrives in the US, “whether or not at a designated port of arrival,” may apply for asylum.

“The rule barring asylum for immigrants who enter the country outside a port of entry irreconcilably conflicts with the INA and the expressed intent of Congress,” Tigar wrote.

“Whatever the scope of the president’s authority, he may not rewrite the immigration laws to impose a condition that Congress has expressly forbidden.”

The judge’s restraining order remains in effect until the court decides on the case.

Trump’s administration has argued that he has the executive power to curb immigration in the name of national security — a power he invoked right after taking office last year with a controversial ban on travelers from several mostly Muslim countries.