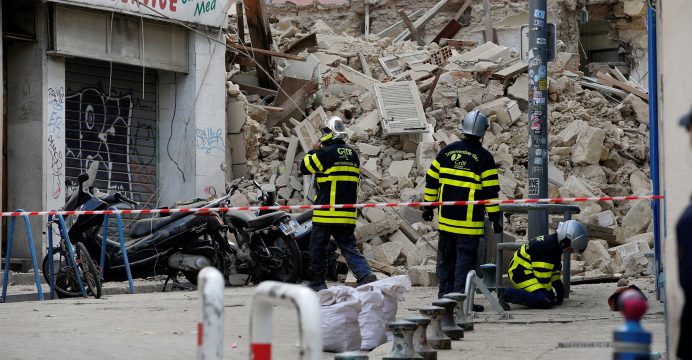 Up to eight feared dead in Marseille building collapse

As many as eight people might have died in the southern French city of Marseille in two building collapses, officials said Tuesday after the first body was pulled out from the wreckage.

Rescuers worked throughout the night to look for victims in the rubble of two dilapidated apartment blocks which collapsed suddenly on Monday morning not far from the centre of the Mediterranean port city.

There are between five to eight people missing, Interior Minister Christophe Castaner said late Monday, with authorities trying to trace five residents and three other people who had been invited to the buildings. 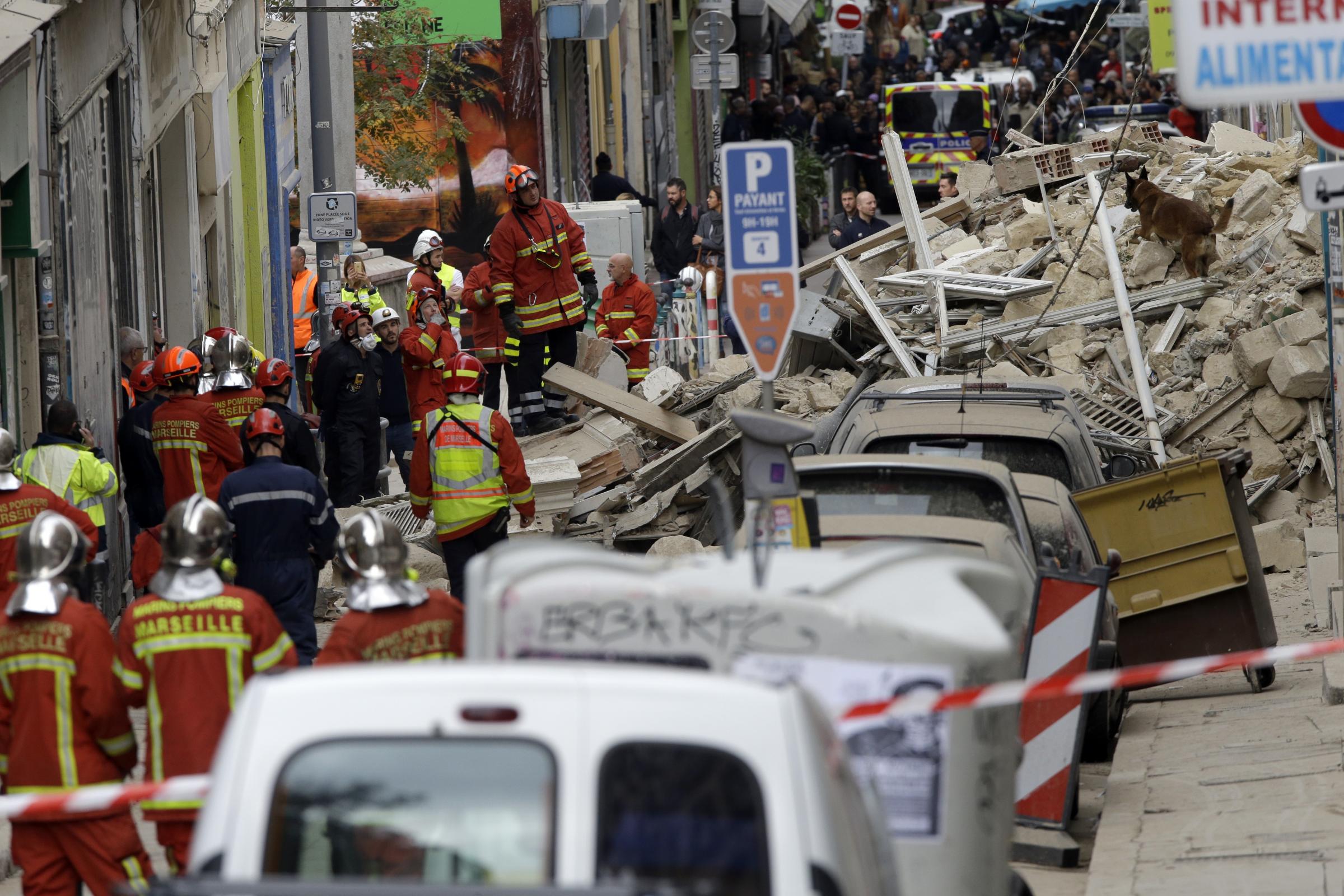 “The most important is saving lives,” Castaner added from the scene. “During the first clearing operations we’ve found some pockets of air that means we still have some hope of finding and identifying a survivor.”

The first victim — a man — was pulled from the wreckage Tuesday, prosecutor Xavier Tarabeux said, adding that he needed to be identified.

Google Maps images taken in recent months showed the two collapsed buildings, in the working-class neighbourhood of Noailles, had had large visible cracks in their facades.

One of them had been condemned and, with its windows boarded up, was well-secured and in theory unoccupied, officials said.