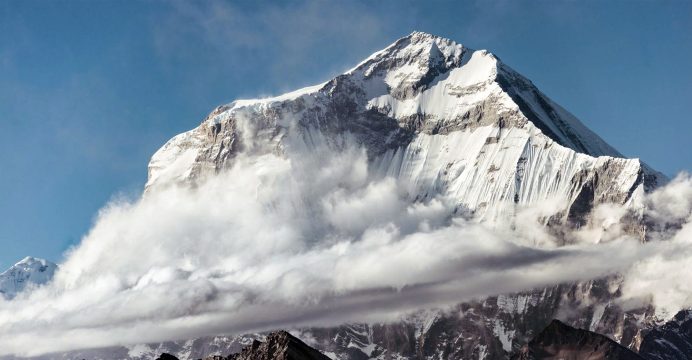 At least eight climbers from a South Korean expedition have died on Nepal’s Mount Gurja after their camp was devastated by a violent snowstorm, officials said Saturday.

The bodies of eight climbers, including their Nepali guides, were spotted among the wreckage of their camp by a rescue team early Saturday morning, but unstable and icy conditions were hampering the search effort.

“We assume the incident happened because of a snowstorm because trees are broken and the tents. Even the dead bodies are scattered,” police spokesman Sailesh Thapa told AFP.

Thapa said a ninth climber may also be missing.

A helicopter reached the site and managed to land just above the expedition team’s camp, but were unable to retrieve any of the bodies.

“Everything is gone, all the tents are blown apart. The conditions were too icy to continue the search,” pilot Siddartha Gurung told AFP.

Gurung said a rescue team would hopefully return to the camp on Sunday, if conditions improved. 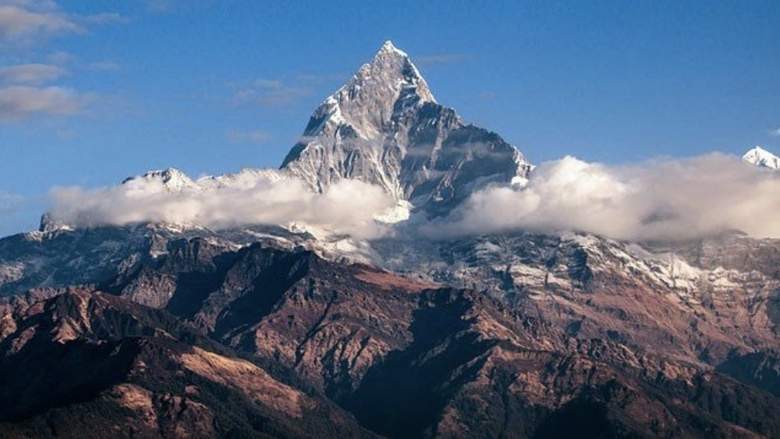 Wangchu Sherpa of Trekking Camp Nepal, who organised the expedition, said they raised the alarm after they had not heard from the team for nearly 24 hours.

“After they (the climbers) were out of contact since yesterday we sent people from the village and a helicopter to search for them,” he said.

The group of South Korean climbers and their Nepali guides were camped at the foot of 7,193 metre (23,599 foot) Mount Gurja, waiting for a window of good weather so they could attempt to reach the summit.

Feted South Korean climber Kim Chang-ho, who in 2013 became the fastest person to summit the world’s 14 highest mountains without using supplemental oxygen, is reportedly among the dead, according to local media.

Thousands of climbers flock to Nepal each year — home to eight of the world’s 14 highest peaks — creating a lucrative mountain tourism industry that is a vital source of cash for the impoverished country.