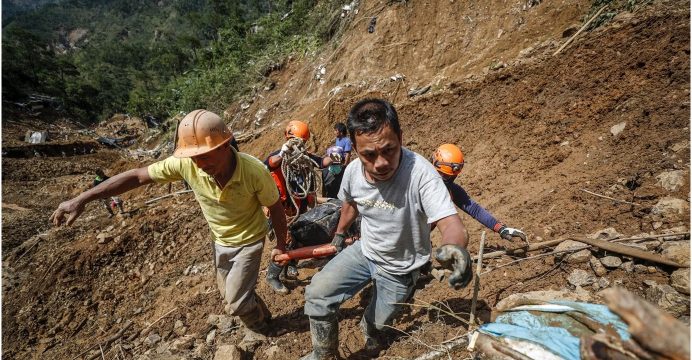 The death toll from a monsoon landslide in the central Philippines has risen to 22, officials said Friday, as rescuers dug through the night in a frantic search for survivors of the latest tragedy in the storm-hit nation.

Dozens were still missing after part of a massive hillside collapsed Thursday on several rural communities near Naga on the tourist island of Cebu.

The rescue effort came as the nation was still reeling from Typhoon Mangkhut, which killed 88, mostly in a massive landslide in the country’s mountainous north. 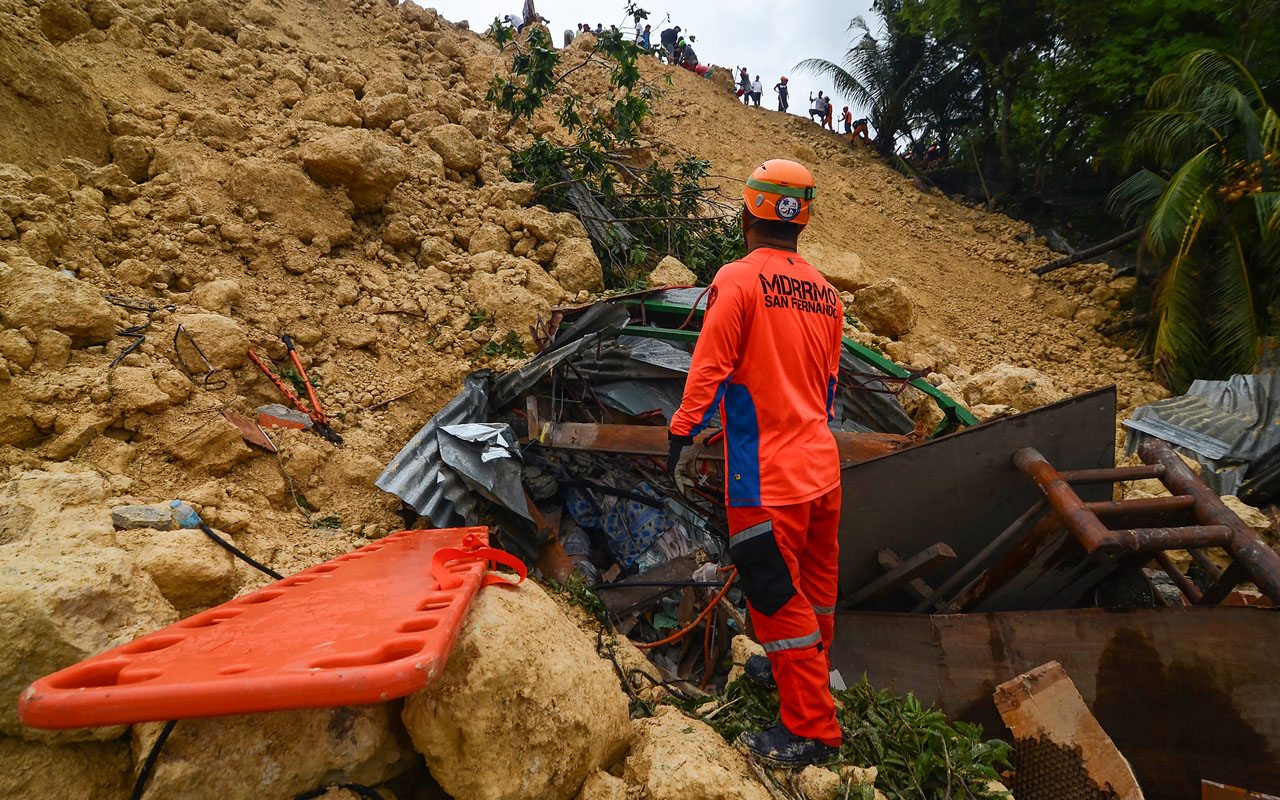 Around 200 police, firemen, and specialists using heavy equipment were still looking for about 50 people, Regner said.

“We hope to recover everyone today so as not to prolong the agony of the relatives,” he added.

Cebu was not directly hit by Mangkhut, the world’s strongest typhoon this year, but has been pounded by heavy monsoon rain for days, making the slopes dangerously loose.

Police forced about 20 people to vacate nearby homes and move to evacuation centres overnight Thursday out of concern there could be more landslides, Regner said.

The efforts came as searchers in the Philippines’ north continued to work to recover the corpses of a suspected dozens of people buried in a landslide unleashed Saturday by Typhoon Mangkhut.

After days of hundreds of rescuers digging with shovels and even their bare hands in the mining community of Itogon, heavy equipment has finally arrived to help accelerate the search.

Small-scale miners and their families were buried after their bunkhouse and other homes were hit by one of the dozens of landslides unleashed as the storm hit the Cordillera mountain range.

Most of the 88 people killed by Mangkhut died in landslides in the mountainous gold-mining Cordillera region that includes Itogon.