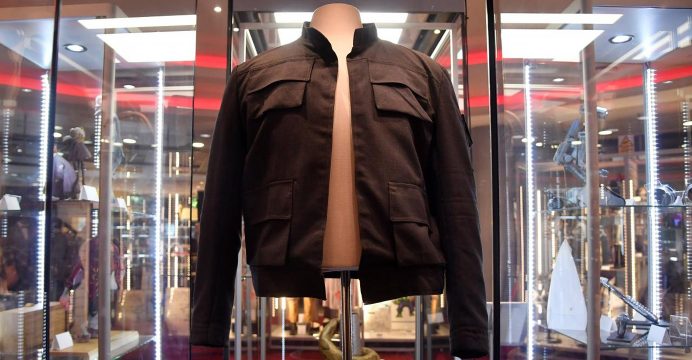 A jacket worn by Harrison Ford as Han Solo in the Star Wars film “The Empire Strikes Back” is expected to sell for up to 1 million pounds ($1.3 million) at an auction of movie memorabilia on Thursday.

Collectors will have a chance to get their hands on items from films such as “Indiana Jones”, “Forrest Gump” and “Back to the Future II” in an auction of film props and costumes in London.

The London and Los Angeles-based Prop Store is putting more than 600 lots from some 150 movies and television shows up for sale. 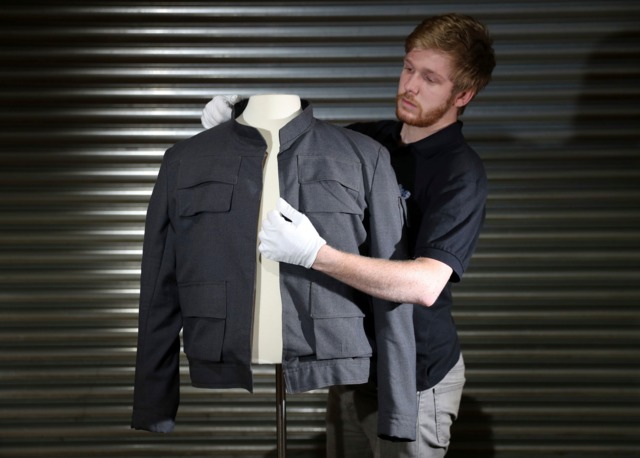 “We’ve had an unprecedented number of registrations for this year’s auction,” said Prop Store founder and chief executive Stephen Lane.

The leading item at the sale is a blue-grey jacket once worn by Han Solo, which was found at a costume house and screen-matched, and which the company says is the only significant costume piece from the original film trilogy to come to public auction.

Other Star Wars items include a Stormtrooper helmet from “The Last Jedi” film, estimated at 30,000-60,000 pounds and being sold for charity, as well as Anakin Skywalker’s lightsaber from the “Revenge of the Sith” movie, expected to sell for 50,000-100,000 pounds.

Star Wars items are among the most sought-after pop culture collectibles. A gun used by Han Solo in “The Return of the Jedi” sold for $550,000 in June and an R2-D2 droid used in several films sold for $2.7 million. 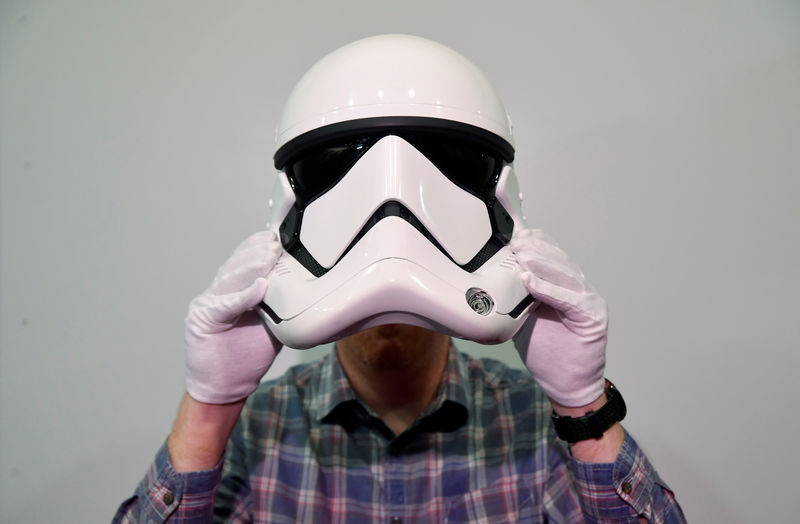 An employee poses with a Stormtrooper helmet from the 2017 film Star Wars: The last Jedi, on display at the IMAX ahead of being auctioned later this month in London.

The second most expensive item being auctioned is a fedora hat Ford wore as Indiana Jones in “Raiders of the Lost Ark” which is estimated at 200,000-300,000 pounds. The bullwhip from “Indiana Jones and the Temple of Doom” could sell for 70,000 pounds.

Other film items up for sale include a dressing gown worn by Brad Pitt in “Fight Club” as well as a hat worn by Tom Hanks in Forrest Gump.